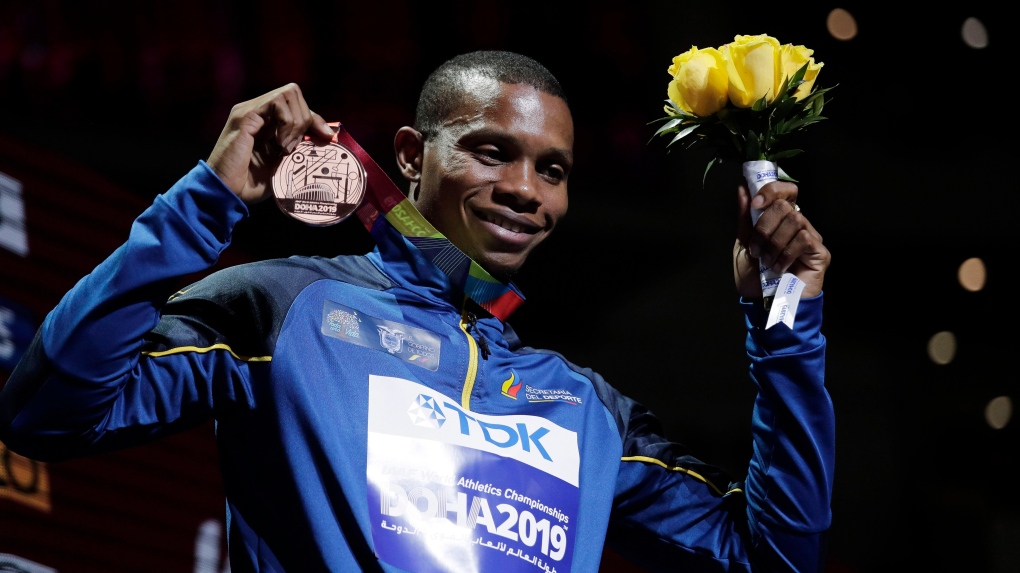 Quinonez, who was 32, became a national hero in 2012 when he reached the 200 meter final at the London Games, finishing seventh in a race won by Usain Bolt.

Guayaquil-based newspaper El Universo reported that Quinonez was fatally shot on a street in the northwest section of the city around 9:20 p.m. Friday and that another man was also killed.

There were no immediate report of arrests.

Ecuador President Guillermo Lasso vowed in a statement on Saturday that the slaying "will not go unpunished."

Quinonez won bronze in the 200 at the 2019 world championship in Doha.

Andrea Sotomayor, the secretary general of the Ecuadorian Olympic Committee, expressed her sorrow and outrage on Twitter, decrying "so much evil."

"I don't have words to express the sadness, helplessness and indignation that is overwhelming me," wrote Sotomayor, who was formerly Minister of Sport. "Alex Quinonez was the synonym of humility and a clear example of resilience. His loss leaves us with pain in our chests."

Guayaquil and other parts of Ecuador have been struggling with high levels of crime. This month, Lasso decreed a state of emergency to confront drug trafficking and other crimes in Ecuador, saying the military and police will take to the streets to provide security.

This year, there have been revolts in the country's prisons due to drug violence, especially in Guayaquil, which have ended in massacres by inmates of rival gangs linked to Mexican drug cartels. About 230 people have been killed in those compounds.