Olympian Laurel Hubbard says not a transgender icon but an athlete, plans to retire 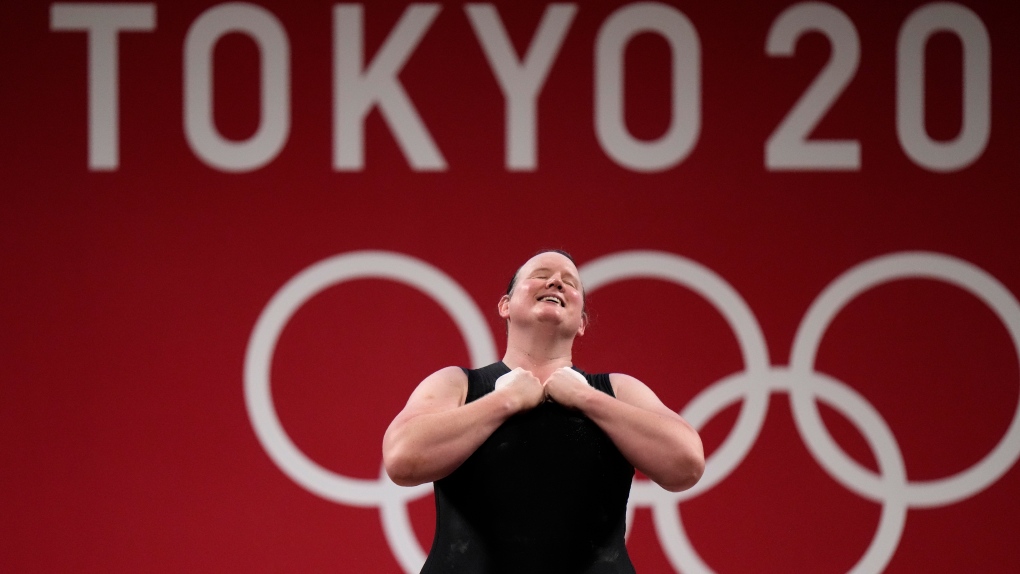 TOKYO -- The first openly transgender Olympian said on Tuesday she would retire from weightlifting and felt her landmark appearance at the Tokyo Games should be fast forgotten as sport takes greater strides to be more inclusive.

New Zealand's Laurel Hubbard, 43, said she had never sought publicity, nor regards herself a role model or trailblazer, but just wants to be treated like any other athlete on sport's biggest stage.

"I don't think it should be historic. I think as we move into a new and more understanding world, people are starting to realize that people like me are just people," Hubbard said of her participation in Tokyo, which was among the most contentious issues ahead of the Olympics.

"We are human and, as such, I hope that just being here is enough," she said in a rare interview with international media.

The soft-spoken, media-shy Hubbard made an unexpected early exit on Monday, eliminated 10 minutes into her +87kg contest after failures in her opening three lifts.

Hubbard, who was born male and transitioned eight years ago, competed in Tokyo under the rules of a 2015 International Olympic Committee (IOC) consensus on trans athletes. The IOC is currently reviewing those guidelines.

Her participation has stoked a huge debate on whether being more inclusive towards transgender women athletes means disadvantaging those born as women.

The IOC's critics argue transgender athletes have an edge in skeletal and muscular development from being born male and say rules allowing trans athletes to contest women's events could be abused by countries seeking to win more Olympic medals.

Hubbard, who was twice the age of her competitors, said she was considering retiring because age had caught up with her and weightlifting had taken a physical toll.

"What I hope is, if I am in a position to look back, that this will just be a small part of history, just a small step," Hubbard said.

"I really hope that with time, any significance to this occasion is diminished by things to come."

She said she was no icon for trans athletes.

"I hope that just by being here, I can provide some sense of encouragement," she said.

Save Women's Sport Australasia, which has urged more scientific study and regulations on transgender athletes, said the IOC had been rash in determining that biological males who identify as women could compete in women's sports.

"It feels quite wrong that New Zealander Laurel Hubbard has borne the brunt of what is quite obviously a flawed policy," it said in a statement.

Hubbard applauded the IOC for being courageous but agreed more conversation and studies were necessary.

She believes the negative attention on her was based on emotion rather than principles and that people were reacting out of fear.

"I tried not to dwell on negative coverage or perception because it makes a hard job even harder," she said.

"It's hard enough lifting a barbell. But if you're putting more weight on it, it makes it an impossible task really."