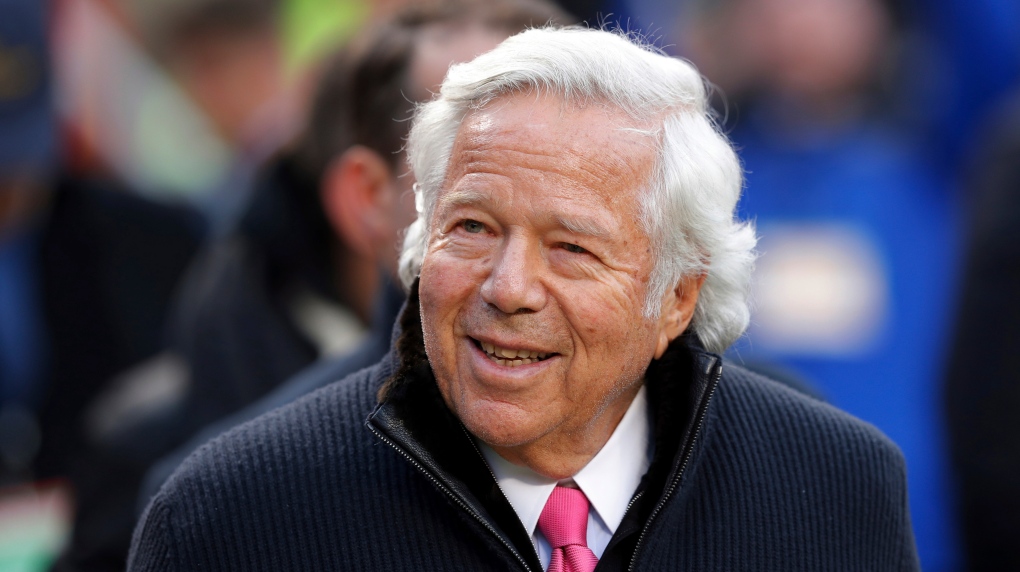 WEST PALM BEACH, Fla. -- Attorneys for Robert Kraft wound down a three-day hearing Wednesday by arguing surveillance video capturing the New England Patriots owner inside a Florida massage spa should be suppressed in his prostitution case since a warrant allowing it should never have been granted.

The judge in state court in South Florida didn't immediately issue a ruling, but he did order Kraft to appear later in the month at a hearing on whether both sides are ready for trial.

Krafts' attorneys said the warrant had no instructions on how to protect innocent people, detectives didn't try to use less intrusive investigative methods and the lead detective was reckless in his statements in the warrant.

"You had people looking at these videos who had no idea what they were doing ... none of the criteria made sense," said Kraft attorney William Burck. "That's not because they are bad people. They didn't have instructions. If you have no instructions, the warrant has to go."

Prosecutors said the warrant was justified, and detectives testified that they switched to a different video feed if an innocent customer was getting a legitimate massage.

Jupiter Police Detectives Danielle Hirsch and Troy Jenne, who monitored the surveillance video on tablets in real time, said they typically were able to spot whether customers were there for illicit sex acts or legitimate massages based on whether customers kept their underwear on or took it off upon entering the massage rooms.

If the massages appeared legitimate, the detectives said they minimized the screens capturing that video feed and switched to watching other video feeds from four massage rooms. In several cases where lights in the massage room were turned off, no charges were filed against the patrons even though the detectives strongly suspected sex acts were going on, they said.

Kraft was one of almost 300 men who were charged in February with paying for sex acts during police busts at 10 massage parlours that stretched from the Palm Beach area to Orlando.

In one of those cases in a neighbouring jurisdiction, a judge Wednesday ruled video surveillance from police busts at two massage parlours in Martin County can't be used in prosecuting prostitution charges against alleged patrons. Detectives didn't follow rules to minimize the surveillance of noncriminal activity in massage rooms at two spas there, said Judge Kathleen Roberts.

The judge's decision in Martin County is independent of whatever the judge in neighbouring Palm Beach County decides in Kraft's case.

The hidden video surveillance captured innocent customers who were getting legitimate massages at the Martin County spas, Roberts said in her ruling.

"Because of its highly intrusive nature, the requirements to curtail what can be captured must be scrutinized and high levels of responsibility must be met to avoid the intrusion on the activities of the innocent," the judge wrote. "These strict standards simply weren't met in this case."