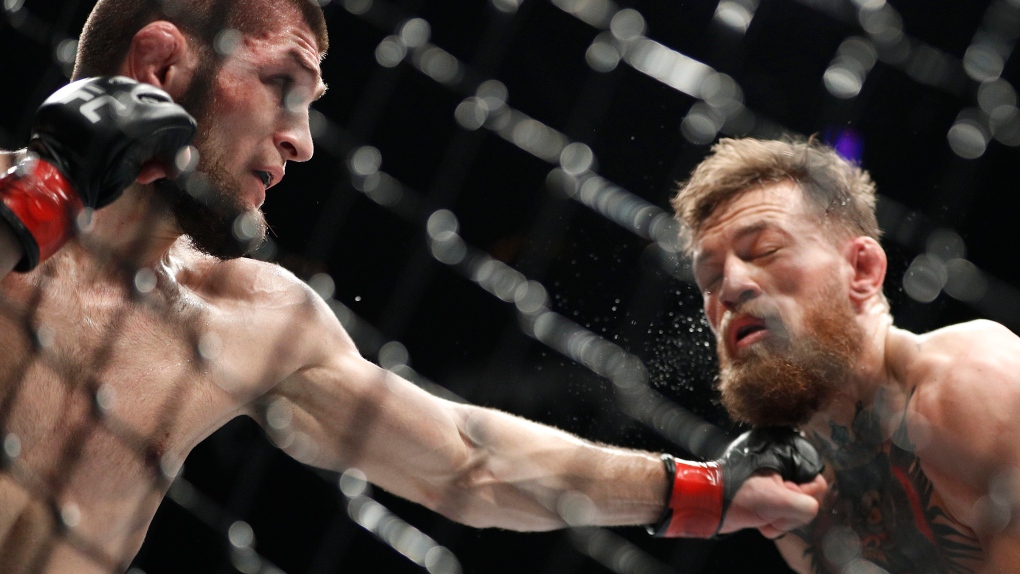 MOSCOW -- Khabib Nurmagomedov said Friday that Conor McGregor would need to win 10 straight fights to earn a rematch for his UFC title.

McGregor hasn't fought since Nurmagomedov beat him by submission for the UFC lightweight title in October last year.

The Irish fighter last month outlined his plan for two fights leading up to a rematch with the Russian.

That's not enough for Nurmagomedov.

"As for a rematch, to fight for a belt in the UFC, I remember I had something like nine or 10 fights. If he wins 10 fights in a row, then that's completely possible," Nurmagomedov said.

Nurmagomedov adds he's in negotiations to fight Tony Ferguson next, but wants it in New York rather than the UFC's preferred venue of Las Vegas.

That's because he disagrees with the Nevada State Athletic Commission's decision to fine and suspend him for a post-fight brawl after his bout with McGregor.

"They offered me to fight in Vegas in March, but I told them that if Vegas officially apologizes for wrongly fining me for that incident on October 6, 2018, then I'll fight there," he said.

"If not, then they can assign me to another date. As far as I know, they're planning in April to hold (a fight card) somewhere in New York, so I'm saying I'm ready for April, or March if Las Vegas apologizes."