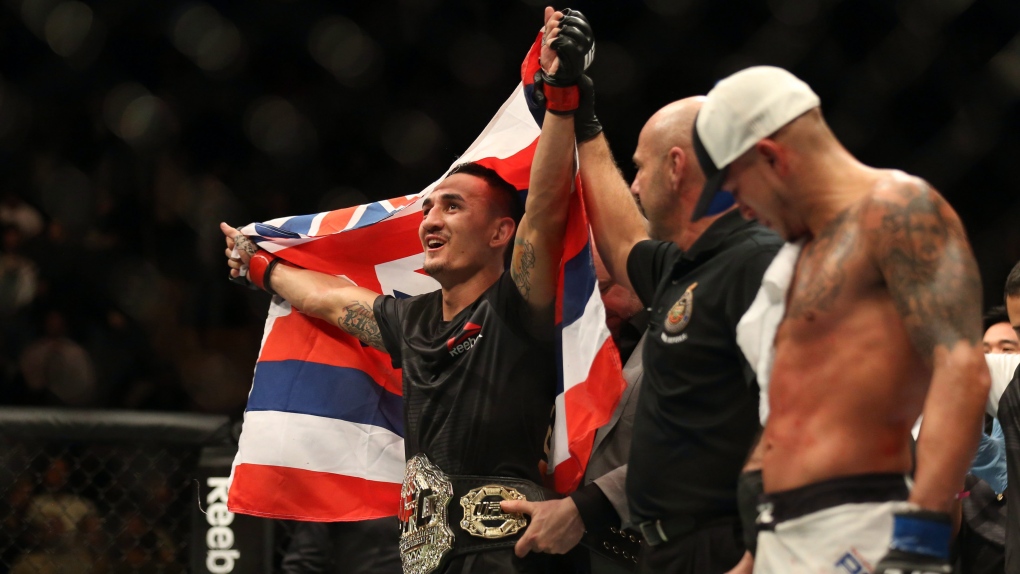 Max Holloway celebrates after defeating Anthony Pettis, right, to win the interim featherweight title during the main event of UFC 206 at the Air Canada Centre in Toronto, Ont., on Saturday, December 10, 2016. (THE CANADIAN PRESS/Peter Power)

TORONTO - The UFC has postponed its UFC 233 pay-per-view card scheduled for Jan. 26 in Anaheim, Calif.

The UFC did not provide a reason why. But the show did not have a main event and was scheduled on the same night as a Bellator card featuring the Heavyweight Grand Prix final between Fedor Emelianenko and Ryan (Darth) Bader in Inglewood, Calif.

Several fights from the UFC 233 card had already been shifted to the Jan. 19 show in Brooklyn, N.Y., which serves as the opener of the new deal between the UFC and ESPN.

The UFC says UFC 233 bouts will be rescheduled for upcoming cards. The Feb. 10 pay-per-view event in Melbourne Australia, meanwhile, will remain titled UFC 234.