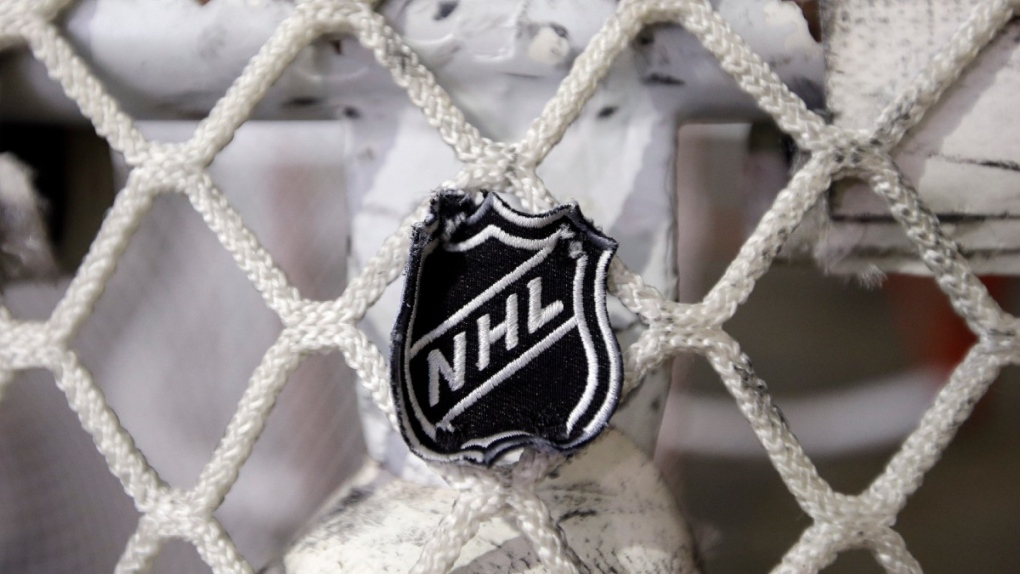 The NHL logo is seen on a goal net at a Nashville Predators practice rink in Nashville, Tenn. on Sept. 17, 2012. (Mark Humphrey / THE CANADIAN PRESS / AP)

For the second year in a row, NHL general managers and scouts will gather around their computers Friday for a virtual entry draft.

Owen Power, a six-foot-six, 213-pound defenceman from Mississauga, Ont., is expected to be selected by the Buffalo Sabres with the first overall pick.

The league's newest franchise, the Seattle Kraken, will choose second and the Anaheim Ducks will round out the top three.

The Vancouver Canucks are set to be the first Canadian team on the board with the No. 9 pick. The Ottawa Senators will choose 10th, followed by the Calgary Flames (No. 13), the Winnipeg Jets (No. 18), the Edmonton Oilers (No. 20) and the Montreal Canadiens (No. 31).

The Toronto Maple Leafs dealt their first-round selection to the Columbus Blue Jackets in April for forward Nick Foligno and won't pick until midway through the second-round (No. 57 overall) on Saturday.

Scouts, GMs and players have all said this year's draft is difficult to predict as the COVID-19 pandemic limited opportunities for young athletes to play and be discovered.

This report by The Canadian Press was first published July 23, 2021