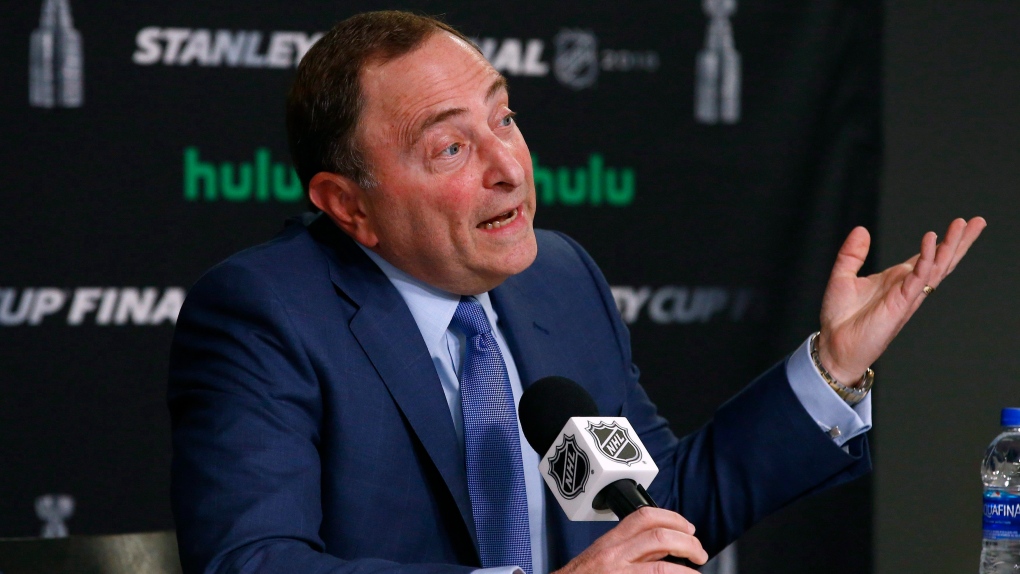 In this May 28, 2018 file photo NHL Commissioner Gary Bettman speaks during a news conference prior to Game 1 of the NHL Stanley Cup Final hockey game between the Vegas Golden Knights and the Washington Capitals in Las Vegas. (AP Photo/Ross D. Franklin)

BUFFALO, N.Y. -- NHL Commissioner Gary Bettman tells The Associated Press the league is complying with a judge's order by entering mediation with former players in a bid to settle a concussion lawsuit.

Bettman, however, downplayed the significance of the talks, saying the NHL is following the judge's request and the league's position has not changed in arguing the lawsuit "doesn't have merit." Bettman says he had nothing to add when asked if the two sides have made any progress.

Bettman spoke to the AP while attending the NHL officials training camp in Buffalo on Tuesday.

Stuart Davidson, one of the attorneys representing the players, disagreed with Bettman's assertion on the merits of the lawsuit. Davidson says the two sides are abiding by the judge's order in meeting with a court-appointed mediator.

More than 5,000 former players are accusing the NHL of failing to better prevent head trauma or warn players of such risks while promoting violent play that led to their injuries.