NHL coaches on life behind the bench: 'It's a really emotional place' 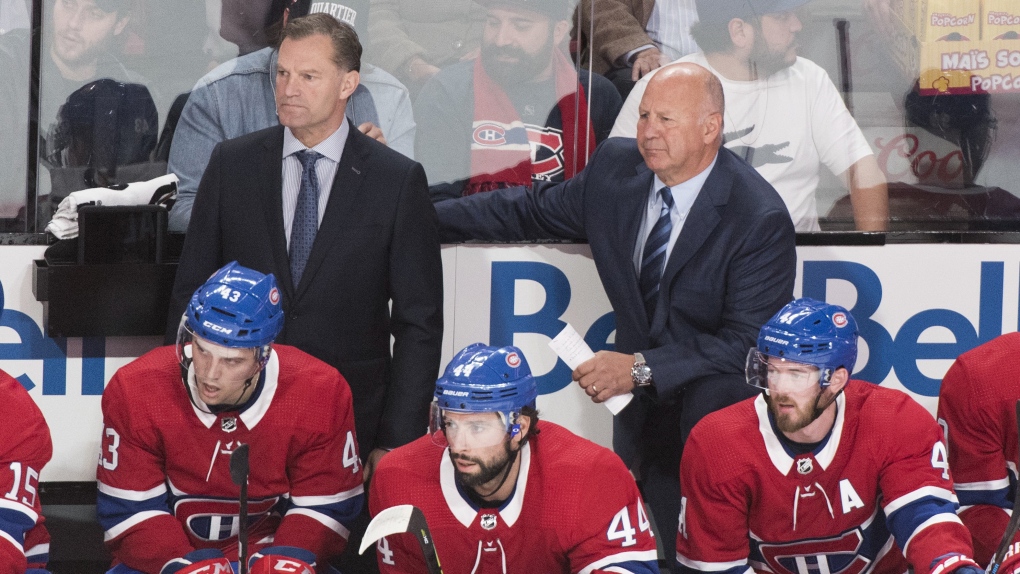 NHL coaches go into every game with a plan.

Line combinations, pre-scouts of the opponent, weighing matchups and trying to sift through probabilities are all part of laying that groundwork.

There's also a decent chance some of that preparation -- or most of it -- will go out the window shortly after the opening faceoff.

"Is what you thought about your own team right?" Maurice continued. "(Sometimes) you're sluggish and you're thinking, 'Man, I gotta get my fourth line in because the top-3 aren't right, these guys might be the deciding factor.' And then other times you're sitting there going, 'I've got to cut down to three lines 10 minutes into the first period because I gotta get this carburetor cleaned out, I gotta get this team going.'

"Those things, I guess, are just done by experience and getting to know your own team."

Fans across the NHL often hear from commentators or pundits about how this coach or that coach "runs a good bench."

But what does that mean, exactly?

"Getting the right players out in the right situation, not getting fooled on changes and making sure your guys leave each other in good spots," said Ken Hitchcock, who sits third all-time in coaching wins. "And then being able to recover from adversity.

"You can tell people that run a good bench by the way their teams respond."

The chess match between coaches is often the game within the game. Which matchups are working, which ones aren't, and if your side's struggling, how long before you shake things up?

Teams deploy differently at home with the last change and the option to react to the visitors. Some coaches, meanwhile, don't focus as much on head-to-head battles because it means giving up the puck to get the right people out.

And if there are a lot of penalties early in a game, it's important certain players don't get lost in the shuffle.

"The key to running the bench is to be flexible and adaptive," Toronto Maple Leafs head coach Sheldon Keefe said. "Every game, every situation calls for something different. That's the greatest challenge of it, and probably the best part of it. There's just so much happening so quickly that you have to process.

"It's a combination of everything."

NHL benches are also cramped spaces with a lot of energy. Sometimes it's positive, but it's often very much the opposite.

"The bench in hockey is one of the most volatile and emotional areas in sport," said Hitchcock, now an adviser with the Edmonton Oilers. "It's more emotional than any sideline in football our basketball. It's a really emotional place. Players need to recognize that you can still be emotional behind the bench, but you've got to do it in as positive a manner as you can.

Columbus assistant Brad Shaw, who worked alongside Hitchcock with the St. Louis Blues, said it's often the job of a coach in a supporting role to take care of teaching or communicating with a player during a game.

"Hitch was famous for yelling at me, 'You gotta tell so and so to stop doing such and such,"' Shaw recalled. "Well, the guy was sitting right there, so he got the message across. I had learn how to work within that environment.

"I had to come in and explain, 'What he means is you've got to start playing or I can't put you on the ice. There's a reason he's mad at you."'

A former NHL defenceman, Shaw is part of John Tortorella's coaching staff with the Blue Jackets. He said communication -- both on the bench and in private -- is superior from the top down compared to when he played, and is helpful in the heat of the moment.

"Torts is famous for his eye-to-eye meetings with guys that are brutally honest," Shaw said. "But what it does is it doesn't let any of mole hills become mountains. You get to move on and you get to be professional. Both guys are better than before the meeting.

"Those relationships help when you want to lower the boom on a guy. They might not take it quite as personal because they understand where it's coming from a little bit better."

"Your job is to realize who's going," he said. "Can I tweak somebody on a line, maybe to get the guy a little mad at me, that'll allow him to play a little bit harder?"

Shaw added that knowing the temperature of the situation is key.

"You're not just checking it, you're adjusting it," he said. "You don't like your team's effort. Do you think you guys are a little too wound up? What needs to be said or not said? Who needs to be talked to you?"

Maurice said at the end of the day, it's really about thinking quickly on your feet.

"It's a little bit fluid back there, but running the bench is what we do for a living," he said. "Setting the practice time is always critical and getting them to the right mental level.

"But running the bench is where coaches perform."

This report by The Canadian Press was first published May 20, 2020.