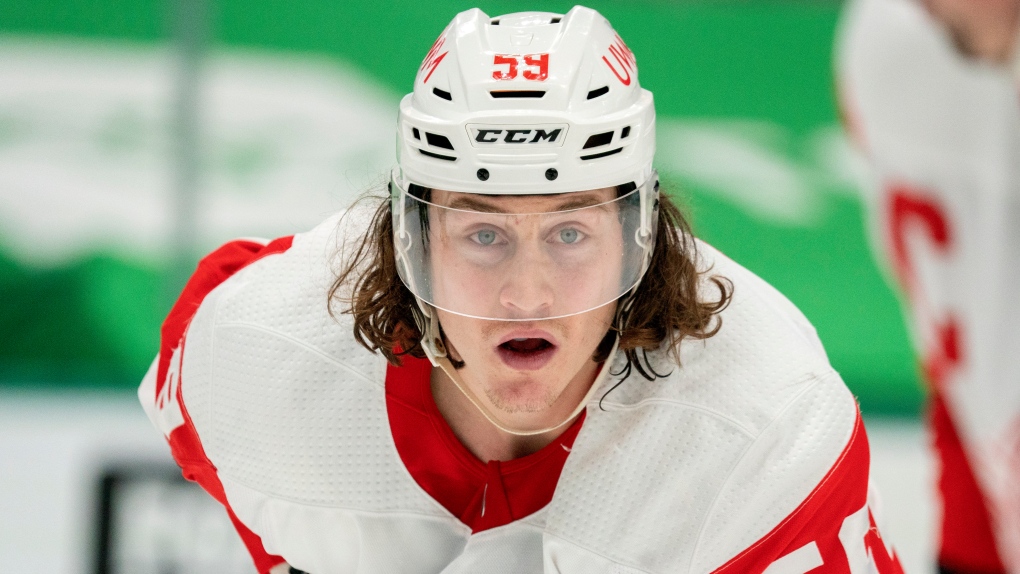 Tyler Bertuzzi is the only unvaccinated Detroit Red Wings player going into training camp and faces the potential of missing all of his team's games in Canada this season as a result, general manager Steve Yzerman said Wednesday.

Yzerman in his camp-opening video call said the rest of the organization is fully vaccinated against COVID-19, including himself. Bertuzzi is in Detroit for the start of on-ice workouts Thursday but the forward may end up forfeiting over $450,000 in salary for the Red Wings' nine games north of the border. NHL protocols allow teams to suspend unvaccinated players without pay when they are unavailable to participate.

"For the foreseeable future entering Canada, you can't enter Canada unless you're vaccinated, so that obviously will be an issue when we go to play Canadian teams," Yzerman said. "Does that change or not? I have no idea. But as of now and under the Canadian laws, I guess, he wouldn't be able to cross the border, so he wouldn't play in any games in Canada."

That includes Detroit's first road game Oct. 23 at Montreal. The 26-year-old Bertuzzi will be allowed to practice with teammates but must wear a mask around the rink and distance himself when working out in the gym, in addition to other restrictions on the road.

Asked if he was disappointed in Bertuzzi choosing not to get one of the coronavirus vaccines, Yzerman said: "No. It's his decision."

"I'm not in a position to force anyone -- we can't force anyone to get vaccinated," Yzerman added. "Tyler has his reasons, and I'm sure you'll get a chance to ask him that question."

Bertuzzi so far is the most high-profile NHL player to be publicly identified as unvaccinated as training camps open around North America. Deputy Commissioner Bill Daly estimated the league would have only around 10-15 unvaccinated players by the time the regular season starts Oct. 12.

Veteran defenseman Duncan Keith, who was traded from Chicago to Edmonton over the summer, is in quarantine until Oct. 1 after choosing late in the offseason to get vaccinated, Oilers GM Ken Holland said.

Holland said his team had one unvaccinated player that he did not identify and was not ready to commit to that player's status for the season.

Others are taking a hard line on vaccination status.

The Columbus Blue Jackets did not invite unvaccinated forward Zac Rinaldo to NHL camp and earlier dumped an assistant coach who declined to get vaccinnated. New York Islanders GM Lou Lamoriello said he was in the process of figuring out what to do with his team's lone unvaccinated player, with assignment to Europe among the options.