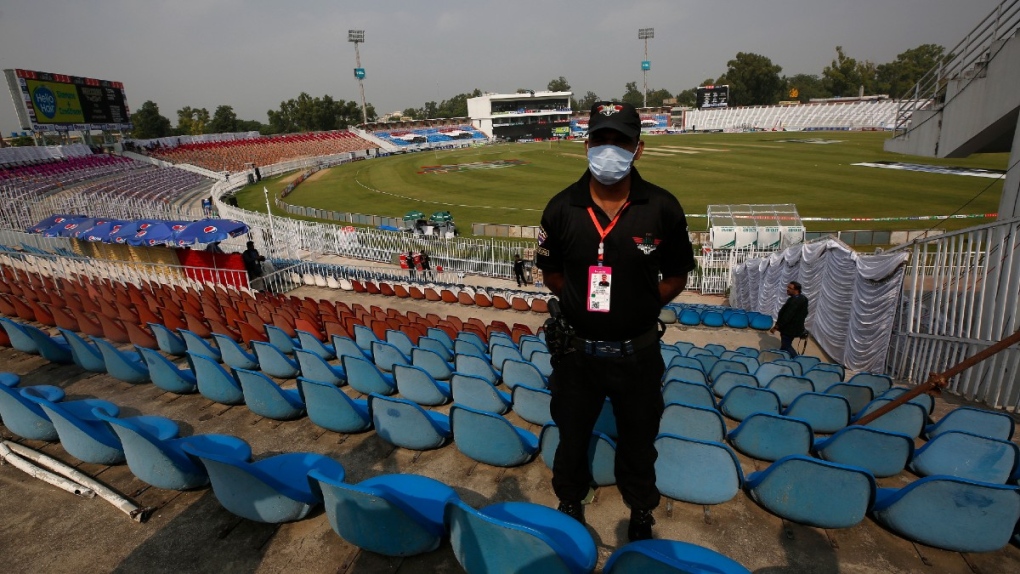 New Zealand abandoned its cricket tour of Pakistan on Friday because it was wary of being attacked outside Rawalpindi Stadium, according to the Pakistan government.

New Zealand Cricket declined to reveal the nature of the security alert from its own government that prompted the sudden decision to cancel the tour moments before the scheduled start of the one-day international series in Rawalpindi. Both teams had stayed at their hotel.

Khan, who is on a government visit of Tajikistan, informed Ardern "we have one of the best intelligence systems in the world and that no security threat of any kind exists for the visiting team."

Ahmed said he had no information about a security threat against the New Zealanders, and backed Khan at a news conference.

"He told her that the law and order situation is the best in our country and we give a guarantee that there is no security problem here, there is no security threat," Ahmed said. "But the prime minister of New Zealand said that the issue is not the threat but we have such information that when the team goes out it can come under some attack, so they have unilaterally canceled their tour."

The security concern has the Pakistan hosts mystified.

The Pakistan Cricket Board said together with the Pakistan government they "made foolproof security arrangements for all visiting teams. We have assured the New Zealand Cricket of the same."

"Crazy day it has been! Feel so sorry for the fans and our players," Raja tweeted. "Walking out of the tour by taking a unilateral approach on a security threat is very frustrating. Especially when it's not shared!! Which world is NZ living in??NZ will hear us at ICC."

NZC said on its website: "Following an escalation in the New Zealand government threat levels for Pakistan, and advice from NZC security advisers on the ground, it has been decided the Black Caps will not continue with the tour. Arrangements are now being made for the team's departure."

New Zealand's first visit to Pakistan in 18 years was to feature three ODIs in Rawalpindi and five Twenty20s in Lahore. Both cities and the security arrangements were cleared by NZC's security team last month.

Ahmed said Pakistan allowed hosting the games without spectators but New Zealand rejected the offer. Pakistan, therefore, allowed the stadiums in Rawalpindi and Lahore to be at 25% crowd capacity because of the pandemic. But Pindi Stadium wasn't opened on Friday to spectators as New Zealand decided to abandon the tour.

NZC chief executive David White said the advice he received made the tour impossible to continue, and he was supported by the New Zealand Cricket Players Association.

"I understand this will be a blow for the PCB, who have been wonderful hosts, but player safety is paramount and we believe this is the only responsible option," White said.

The PCB said it tried its best to convince the Kiwis, but "cricket lovers in Pakistan and around the world will be disappointed by this last minute withdrawal (of New Zealand)."

England men's and women's teams are due in Pakistan for short two-match T20 series next month, and the England and Wales Cricket Board said it would make a final call on the tours this weekend.

England's men have not played an international in Pakistan since 2005 while the women are visiting for the first time.

"We're aware of New Zealand's decision to pull out of the Pakistan tour due to a security alert," the ECB said. "We are liaising with our security team who are on the ground in Pakistan to fully understand the situation. The ECB Board will then decide in the next 24-48 hours whether our planned tour should proceed."

Pakistan was a no go zone for international cricket teams for a decade after terrorists attacked the Sri Lanka team bus in Lahore in 2009. The ambush killed seven people and injured several Sri Lankan cricketers, including Thilan Samaraweera, who is among the New Zealand tour management as the batting coach.

Since international teams resumed touring Pakistan in 2019, this is the first instance of a team having to abandon while in the country.

Munir Ahmed from Islamabad contributed to this report

The BLACKCAPS are abandoning their tour of Pakistan following a New Zealand government security alert.

Arrangements are now being made for the team’s departure.

The gang that kidnapped a group of 17 American and Canadian missionaries in Haiti has asked for US$1 million each for their release, a top Haitian official told CNN Tuesday. The 16 American citizens and one Canadian were kidnapped by the powerful '400 Mawozo' gang on Saturday.

Having mono in adolescence may increase MS risk later in life: study

Having infectious mononucleosis, also known as mono, during childhood and adolescence may be a risk factor for developing multiple sclerosis later in life, a new study suggests.

Rechie Valdez has turned self-described 'side hustles' into full-time focuses as an entrepreneur, and is now taking on a new challenge: Liberal MP for Mississauga-Streetsville. In taking her seat in the House of Commons next month as one of 50 rookies elected, she'll also be making history as Canada's first federally-elected Filipina MP.

Newfoundland and Labrador has unveiled details of what it says will be the country's first tax on sugary drinks.