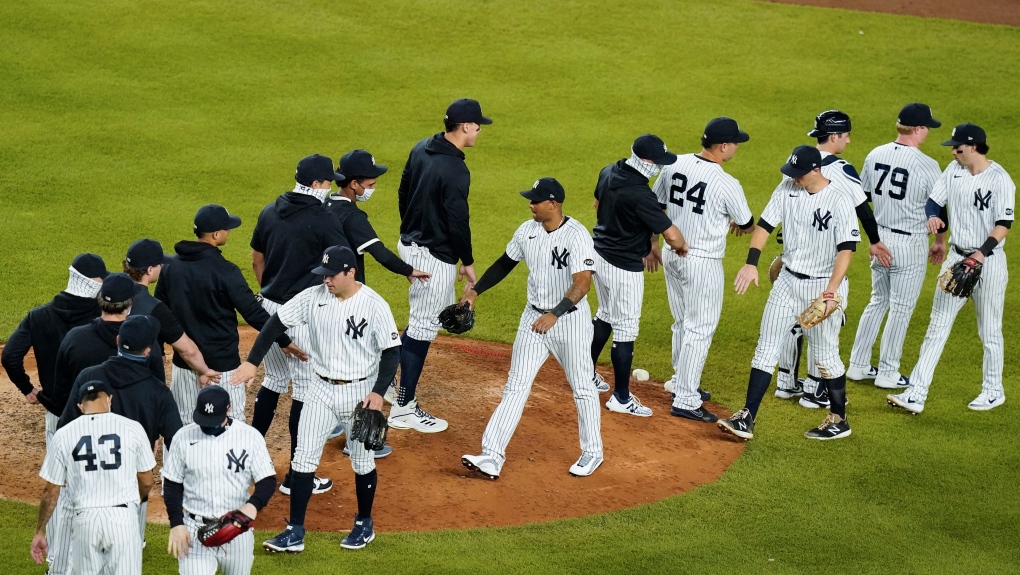 NEW YORK -- New York's Major League Baseball teams, the Yankees and the Mets, will give free tickets to fans who get vaccinated for the coronavirus at their ballparks before the games, Governor Andrew Cuomo said on Wednesday.

“If you get a vaccination, they will give you a free ticket to the game,” Cuomo said at a press briefing.

In a further move toward returning the country's largest city to pre-pandemic normality, Cuomo also announced that tickets to Broadway shows would go on sale on Thursday for performances beginning on Sept. 14.

Curtains at New York City's Broadway theaters, which have been mostly dark since March 2020, will go up on a rolling basis but all of them plan to be open in September, state budget director Robert Mujica said.

The offer of free baseball tickets, which follows several other vaccine incentives promoted by state and local officials, also comes with a plan starting May 19 to separate vaccinated from unvaccinated spectators, Cuomo said.

The baseball stadiums would be divided into sections where vaccinated fans could fill the seats without restrictions, while those who have not been vaccinated would need to stay in areas where seating is limited to 33% of capacity, he said.

"So, if you're vaccinated that's one category, you're unvaccinated, that's another category," Cuomo said.

"For unvaccinated people, the six-foot distancing applies, with masks," he said, adding that fans would need to show proof of vaccination, including the state's "Excelsior Pass," to be admitted to the ball parks' unrestricted areas.

The pre-game inoculation sites will use the one-shot Johnson & Johnson vaccine, he said.

Like some other elected officials, Cuomo said the baseball tickets were part of an effort prompted by recent slowdowns in the pace of people getting vaccinated, which can be done in New York without appointments.

The battle for the arms of yet-to-be vaccinated will be won with goodies such as free admission to New York's Museum of Natural History, where visitors can get their shots under the giant blue whale, New York Mayor Bill de Blasio said on Wednesday.

"We're gonna be looking to do incentives just like that to give people great opportunities when they get vaccinated," de Blasio told a briefing.

In Chicago, a series of monthly concerts will be offered only to fully vaccinated people, starting on May 22. The third largest U.S. city is expected to offer a "vax pass" to concerts and other events to incentive people to get vaccinated.

In New Jersey, Governor Phil Murphy unveiled a plan to ramp up vaccinations, called "Operation Jersey Summer," which includes "Grateful for the Shot," a plan to get people to go directly from religious services to a vaccination site.

It also includes "Shot and a Beer," with 13 New Jersey breweries offering a free beer to anyone age 21 and older who can show they received a vaccination in May.

Florida Governor Ron DeSantis, Texas Governor Greg Abbott and other conservative governors have barred the use of so-called "vaccine passports" that would bestow privileges on people who have been inoculated.