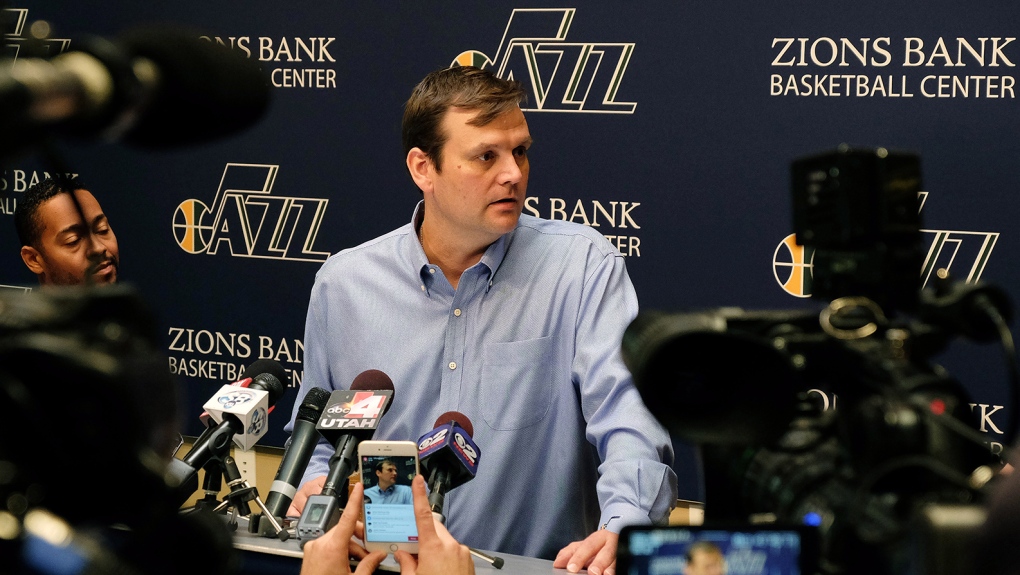 The Utah Jazz are investigating a team executive for alleged racially insensitive comments made in 2015.

On Wednesday, former Jazz player Elijah Millsap wrote on Twitter that Dennis Lindsey, the team's executive vice president of basketball operations, directed bigoted remarks at him during an exit interview.

Millsap wrote in part, "Almost 6yrs ago. On April 16, 2015, D. Lindsey made bigot remarks in my exit interview while conversing with Q. Snyder 'if u say one more word, I'll cut your Black a-- and send you back to Louisiana.'"

The team released a statement on Thursday saying, "The Jazz organization has zero tolerance for discriminatory behavior of any kind. We take these matters seriously. We have proactively engaged outside counsel to work in coordination with the NBA to thoroughly investigate this matter. We seek a comprehensive and unbiased review of the situation."

Lindsey told reporters that he categorically denies making that statement, according to the team. Head Coach Quin Snyder denied any knowledge of the comments.

After the Jazz' victory over the Lakers on Wednesday, Snyder addressed the allegations, telling reporters, "Honestly, I don't remember the conversation. I'd be shocked ... I can't fathom Dennis saying something like that."

Millsap played with the Jazz for two seasons beginning in 2015. His older brother, four-time All-Star Paul Millsap, began his career with the organization, playing his first seven seasons with the team.

CNN Sports has reached out to Millsap but has not heard back.

Millsap told the Deseret News on Thursday he does "not believe (Lindsey) is a racist" and that he posted the Tweet because he wanted to show that racially insensitive language still exists in our society. "I want to keep the focus on where it should be at. ... I wanted to highlight the use of those kinds of bigoted remarks, seeing that it can be beneficial to others that are suffering in a similar situation."