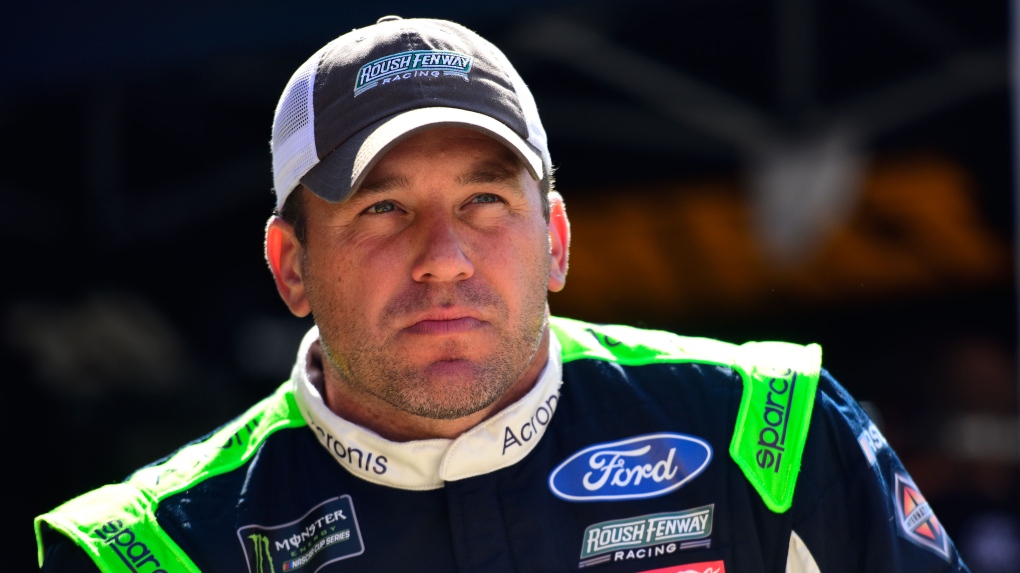 NASCAR driver Ryan Newman said Sunday that he will return to racing when the season resumes after he was involved in a fiery crash during the last lap of the Daytona 500 in February. (Jared C. Tilton/Getty Image)

The 42-year-old driver was hospitalized for two days with serious but non-life threatening injuries.

Newman announced his plan to return to the racetrack during the broadcast of the eNascar iRacing Pro Invitational Series at virtual Talladega Superspeedway.

"That's the absolute plan, for sure," Newman said. "I'm healthy. I've been blessed with another layer of this situation giving me more time to heal and look forward to being back in the seat."

NASCAR said Sunday that they "share Ryan's enthusiasm in his return to the track. We look forward to Ryan returning to racing as soon as he is medically cleared to race."

On Monday, they announced Newman had received the clearance necessary to return to the track.

"Ryan Newman has been medically cleared to resume all racing activities," a press release from NASCAR said.

For drivers to receive clearance to return to racing after an injury, NASCAR relies on medical experts to decide when a driver may resume activity without restrictions, which he has now received.

Newman raced the No. 6 Mustang for Roush Fenway Racing and Ross Chastain took his place during his three race absence prior to the suspension of the season due to coronavirus.

Chastain tweeted that he was happy about Newman's announcement.

"I'm happy Ryan is returning to the No. 6 when NASCAR resumes," Chastain tweeted. "He has a wonderful team around and it'll be great to see him back competing. Thanks to Jack, RFR and all their sponsors for letting me keep his seat warm while he was making his recovery."

Roush Fenway Racing tweeted a quote from Newman saying, "My plan is to be back in the No. 6 Mustang when NASCAR returns to racing."