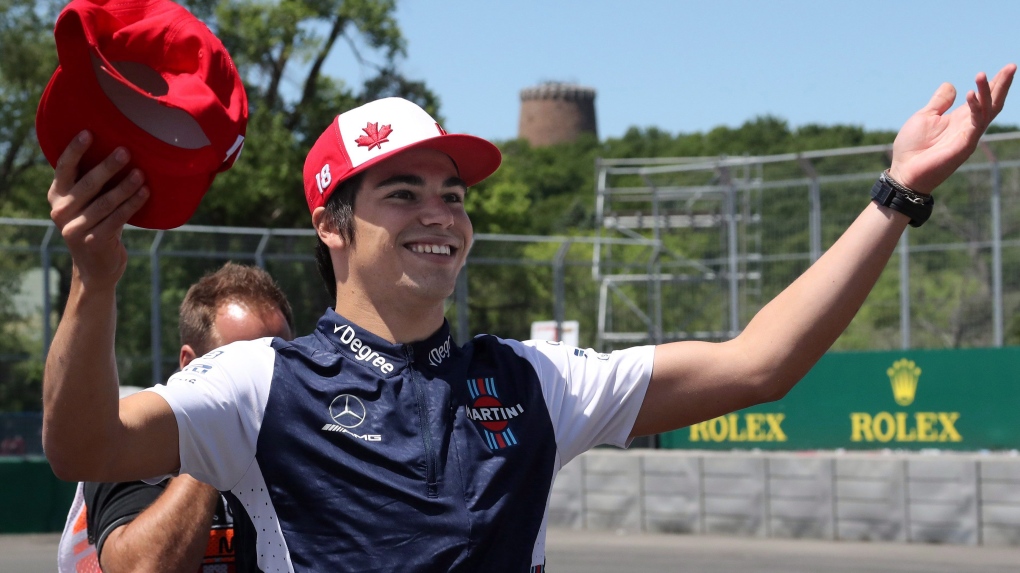 Stroll's Formula One season went from bad to worse on Sunday when he came crashing out on the very first lap at Montreal's Circuit Gilles Villeneuve.

The 19-year-old collided with Brendon Hartley of Toro Rosso on Turn 5, just 30 seconds into the race.

"I would have liked to put on a good show for the fans," said a disappointed Stroll. "But that's the nature of the sport. You can't pick and choose where the results come.

"Not how I wanted it to go here in Montreal."

It all went downhill very fast for Williams' Stroll, who started the race in 16th position after a miserable qualifying session on Saturday.

He suffered from oversteer on Turn 5, causing him to slide across the track and slam into the wall, where he punctured a tire. Hartley was right behind Stroll and the New Zealander's car went airborne after the two collided. The front end of Hartley's Toro Rosso landed on Stroll's Williams, and both drivers slid into the wall.

"The car got loose on me," said Stroll. "Once we made contact, it was too late to correct. He was inches on my left. There was no road for me to correct the car and carry on going. That's racing on a first lap. In a split second, things like that can happen."

The two cars were badly damaged but the drivers escaped uninjured. A steward's investigation found neither driver at fault.

Hartley refused to comment after the race. A Toro Rosso team official later confirmed he was taken to hospital for precautionary reasons, but that he was OK.

"It's unfortunate," said Stroll, who's 16th in the driver standings with four points this season. "I had a good start. I was 13th after the first two turns. We were all close on the first few turns, that's the race. We all want to gain a few positions. Things like that happen."

It's the first time this season Stroll failed to complete a race.

Still, the Montreal native is ahead of the pace of his rookie season.

It was at the 2017 Canadian Grand Prix where Stroll collected his first points of the year, when he went from 17th to ninth on the 4.361-kilometre track.

Stroll has an eighth-place finish in Azerbaijan, the only time he's cracked the top-10 after seven races in his sophomore year.

He finished 14th in his first three races -- Australia, Bahrain and China. He was 11th in Spain and 17th two weeks ago in Monaco.

Williams is last in the constructors' standings.