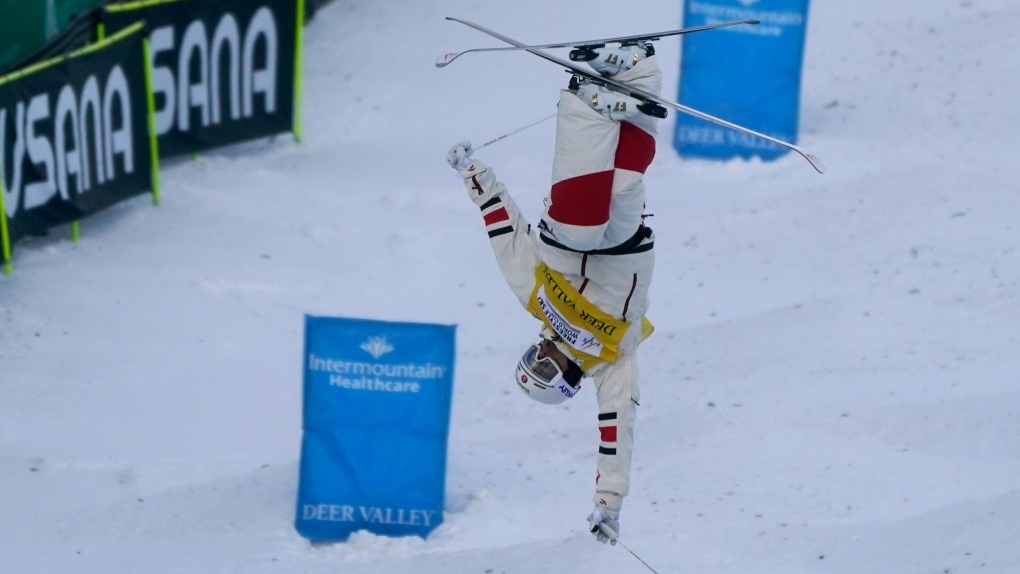 But Canada's moguls superstar believes he'll be better than ever in Beijing.

"I feel at the top of my game right now," Kingsbury said Monday. "I'm peaking at the right moment ΓÇª I'm feeling extremely good in the start gate which is one of the most important parts of our sport, because of the performance on demand and the fact that every run matters, but I know my best skiing has not shown yet this year and I feel like Beijing is the right time to pull everything together."

The 29-year-old from Deux-Montagnes, Que., headlines Canada's 24-member freestyle ski team for the Beijing Olympics, a team so mighty it's tough just to make it. Since freestyle skiing made its Games debut in 1992 in Albertville, Canada has captured 25 medals -- 12 gold, nine silver and four bronze -- more than any other country.

"It's always been one of the greatest accomplishments for a Canadian athlete in freestyle skiing to make it to the Games, making the Canadian team is a very, very difficult road," said Peter Judge, the CEO of Freestyle Skiing Canada. "Even more so given all the circumstances that we've had to deal with (around the COVID-19 pandemic).

"So, we're extremely proud of this group for their tenacity, for their perseverance for what they've been able to deal with and still stay buoyant, stay focused and be as well-prepared as we can be for the upcoming Beijing Games."

Kingsbury, who followed in the footsteps of Canada's two-time Olympic moguls champ Alexandre Bilodeau, will make his third Olympic appearance in Beijing. He heads to China as the reigning Olympic champion and on the heels of skiing to his 101st World Cup podium finish, and 70th victory on the World Cup circuit.

Asked if winning ever becomes boring, the world's most accomplished moguls skier shook his head.

"Every win and every performance is different, they're all pretty unique," Kingsbury said. "The Olympics, it's not something that comes super often. I've had a super long career, and this is my third Olympics, and it's another opportunity to perform well."

He's not concerned about competing with a giant bull's-eye on his back.

"It's always the position you want to be in, coming into the Games, it's great to be the favourite," Kingsbury said. "That was one of my goals, to arrive at the Games with the No. 1 bib. I won the last Olympics with bib No. 1. It was a hard fight to get it. But yeah, it's always nice to be hunted. It's great to have a target on your back.

"But you cannot look behind, because I know the guys are working hard, all across the world right now the men's field in the top 10 is so strong."

Kingsbury spoke on a virtual team announcement from Apex Mountain Ski Resort in Penticton, B.C., where the Canadian athletes are training in isolation ahead of their flight to Beijing. Kingsbury and roommate Laurent Dumais spend their downtime binging Netflix. Kingsbury has been rewatching all the Marvel shows.

Rachael Karker of Erin, Ont., will make her Olympic debut in Beijing on the heels of an outstanding World Cup season that saw her climb the podium in all three of her halfpipe events.

"I've worked so hard the last few years and I'm feeling prepared and ready to get going in Beijing," Karker said.

Other Canadian standouts include sisters Chloe and Justine Dufour-Lapointe, who will compete in their third straight Games together. Chloe looks to make history as the first female Canadian freestyle skier to compete in four Olympic Winter Games.

Marion Thenault, a former gymnast who learned to ski after being recruited through the RBC Training Ground in 2017, leads the women's aerials team after earning three World Cup podiums within the last year.

The mixed team aerials and ski big air events will make their Olympic debuts at Beijing 2022.

Freestyle skiing will take place Feb. 3-19 at the Genting Snow Park in Zhangjiakou and at the Big Air Shougang in Beijing.