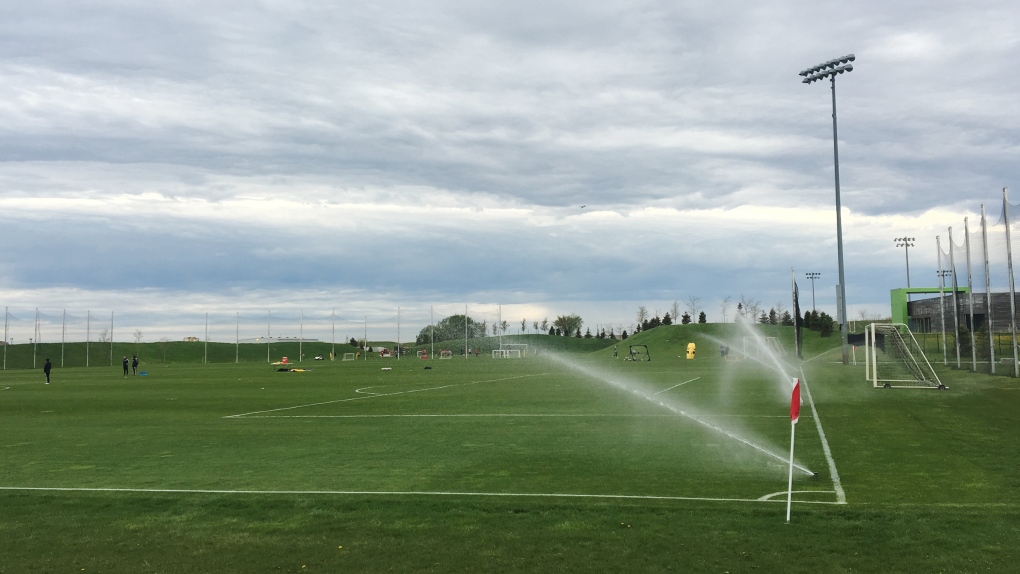 TORONTO -- Major League Soccer and its players' union reached an agreement that paves the way for a summer tournament in Florida after the season was suspended by the COVID-19 pandemic.

The deal was announced by the MLS Players Association on Wednesday following tense talks and the league threatening a lockout. Players from Toronto FC, the Montreal Impact, Vancouver Whitecaps and other markets skipped training the last two days as the two sides remained at odds.

"Although I'm relieved and excited that a deal has finally been made to get us back to play, the tactics that were used by the league were very unfortunate and upsetting," said Whitecaps fullback Jake Nerwinski.

"I'm proud that even though at some points the players had their back against the wall, we never gave in. We stood in solidarity and remained a unified coalition to get a deal done."

MLS and the union agreed Feb. 6 to a five-year labour contract, but the deal had not been ratified when the season was stopped on March 12 after only two matches had been played by each team.

The players agreed to a 7.5 per cent pay cut dating back to their last paycheque of May 31, said Nerwinski.

I’m proud of our players. We United when faced with the greatest threat to our careers. Now lets do the same to Unite against racism and injustice for all humans. https://t.co/KQLrsSKqxc

The ratified collective-bargaining agreement was announced in the midst of protests over police brutality and injustice against African Americans sparked by the killing of George Floyd in Minneapolis last week. Both sides noted the unrest in announcing the contract.

"There are problems we face collectively that are both more urgent, and more important, than competing on the field," the union said in a statement. "We hope our return to the field will allow fans a momentary release and a semblance of normalcy."

"Both sides are conceding. But ultimately it's moving forward and soccer's going to be back and I think that's the important thing," he said.

Nashville SC defender Daniel Lovitz, formerly of both Toronto and Montreal, said players were "excited and relieved" to get back to action at the Florida tournament "pending the resolution of a lot of important details that I'm sure will be communicated rather soon."

MLS commissioner Don Garber vowed the league will go further with its public stance for equality.

Garber said the league expects to take a US$1-billion revenue hit because of the coronavirus.

One of the sticking points was a clause that allows either side to opt out of the deal because of unforeseen circumstances, like a pandemic. The agreement does not tie the clause to attendance, something the league had sought.

Details of the Florida tournament were still being finalized. The league's 26 teams and limited staff would be based in the Orlando area and matches played without fans at ESPN's Wide World of Sports Complex at Disney World.

Whitecaps midfielder Andy Rose, who has diabetes and whose wife is due to give birth in July, said he will have to review details of the tournament to decide on his participation.

"My personal situation is a tricky one," he said. "I know there's other guys around the league in the same spot."

Garber said the tournament would last no longer than 35 days but he would not reveal additional details.

The union announced Sunday night that players had voted for an agreement but MLS pushed back on the terms and imposed a deadline for a lockout.

Garber said it was his decision to threaten the lockout, a move that was criticized.

"It's not something that I did without a lot of thought and without a lot of concern and a lot of understanding as to what impact that would have on our players and on the negotiation," Garber said. "But it was something, as the leader of this league that I believed was necessary in order for us to get to the point today."

Nashville defender Eric Miller, a member of the MLSPA executive board, said on social media that he was proud of the players, "although the process and tactics used by MLS left a mark."

"Players showed commitment and strength throughout this entire process," Miller said. "We are all excited to get back on the field and be a positive force for change in our communities."