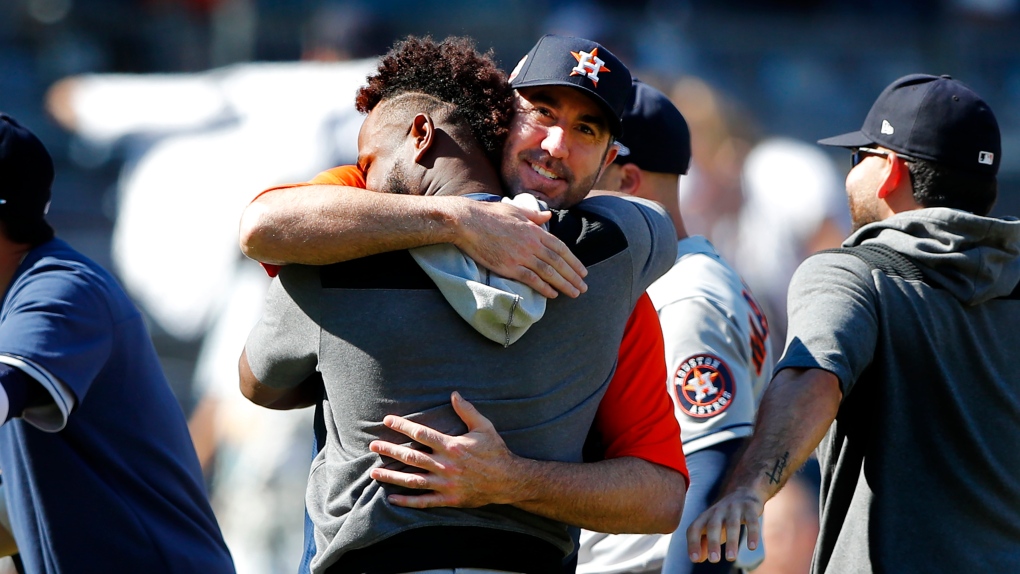 Major League Baseball's Houston Astros have thrown a combined no-hitter against the New York Yankees on Saturday at Yankee Stadium.

Astros starter Cristian Javier pitched the first seven innings, notching 13 strikeouts and one walk on 115 pitches. The 25-year-old was pulled after the seventh inning and replaced by reliever Hector Neris, who allowed two-walks, in his lone inning of work.

Houston pitcher Ryan Pressly came out in the ninth inning and struck out Yankees sluggers Anthony Rizzo and Josh Donaldson before forcing Giancarlo Stanton into a ground out to seal the 3-0 victory.

In a post-game interview, Javier said he felt proud of the blessings he has received, and thanked his family for their support.

Celebrating the pitching staff's accomplishment, Pressly added, "Especially to do it in New York. It's the best feeling in the world."

The no-hitter is the 14th in franchise history for the Astros and first since Justin Verlander did so on September 1, 2019. Houston is the only team to no-hit the Yankees since 1958.

The Yankees had not been no-hit since June 11, 2003, when the Astros used a then record six pitchers to do so. It is the eighth time in franchise history the Yankees have been no-hit.

The Yankees lost consecutive games for only the fourth time this season, but sport a Major League best 52-20 record.