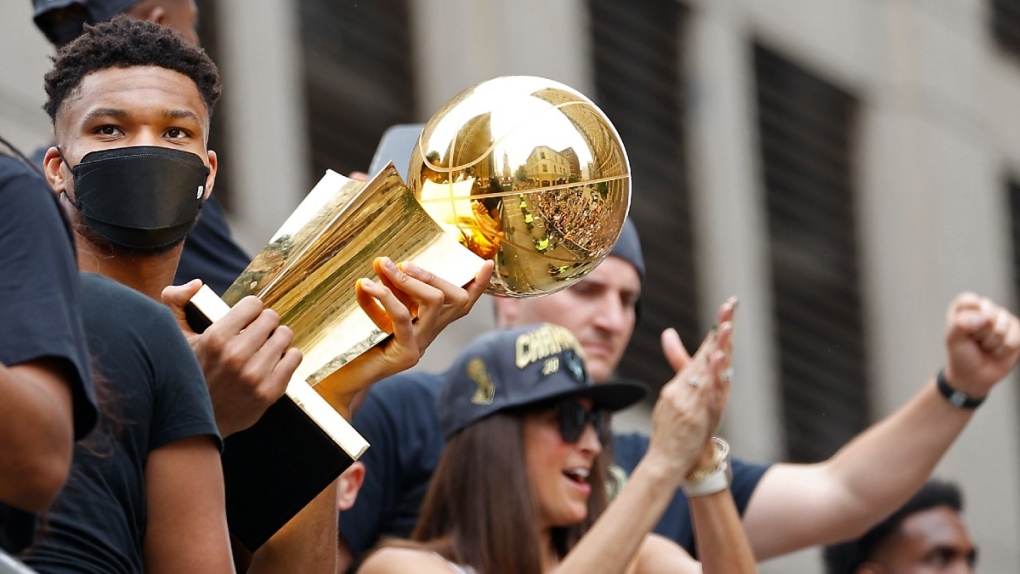 Lisa Byington is making history as the Milwaukee Bucks' new play-by-play voice on their television broadcasts.

The Bucks announced the hiring Wednesday and said Byington is the first woman to work as a full-time television play-by-play announcer for any major men's professional sports team.

"I understand the groundbreaking nature of this hire, and I appreciate the fact that during this process that aspect was addressed, but never made a primary focus," Byington said in a statement released by the team. "In fact, I applaud the Bucks for taking the first steps toward making hires like this more of the norm in the NBA. Because it's time."

Earlier this year, Byington became the first female play-by-play broadcaster for the NCAA men's basketball tournament. She was a men's and women's soccer play-by-play announcer for NBC Sports in the 2021 Olympics and also did play-by-play for the Women's World Cup on Fox in 2019.

The Bucks' broadcast crew also includes Marques Johnson and Steve Novak as analysts and Zora Stephenson as a sideline reporter. Last season, Stephenson became the first woman to work as a play-by-play announcer for the Bucks when she filled in for Paschke for one game.

Byington worked as a sideline reporter for the NCAA men's basketball tournament on CBS and Turner Sports from 2017-19. She also has been a play-by-play broadcaster on NBA and WNBA games.

She became the first female play-by-play broadcaster for a Big Ten Network college football game in 2017.

The Canadian government has quietly lifted its advisory against non-essential international travel, marking the first time since March 2020 that the notice has been lifted. 'Be aware that although you are better protected against serious illness if you are vaccinated, you may still be at risk of infection from the virus that causes COVID-19,' the updated advisory states.

A search prompted by ground-penetrating radar is resuming again on land in Edmonton that houses a former hospital where Indigenous patients suffered abuse.

Authorities are investigating after confirming that a prop firearm discharged by actor Alec Baldwin, while producing and starring in a Western movie, killed the cinematographer and wounded the director.

Canadian Blood Services is working to update rules about who can donate and plans to submit a request to Health Canada later this year to abandon time-based requirements for gay and bisexual men.

Edward Rogers is out as board chair of Rogers Communications Inc., a move that comes as the latest development in a boardroom drama that has prompted the departure of a senior executive and the launch of an executive oversight committee.

Queen Elizabeth II spent a night in a hospital for checks this week after cancelling an official trip to Northern Ireland on medical advice, Buckingham Palace said Thursday. The palace said the 95-year-old monarch went to the private King Edward VII's Hospital in London on Wednesday for 'preliminary investigations.'

Skyrocketing propane prices could mean trouble for some Canadians this winter

Canadian propane prices are skyrocketing alongside natural gas due, in large part, to growing demand from overseas markets, a price surge analysts say will have a big impact on rural Canadians this winter.

The FBI's Denver office said Thursday that remains found a day earlier in a Florida nature reserve are those of Brian Laundrie, who disappeared last month just days after his fiance Gabby Petito was reported missing.