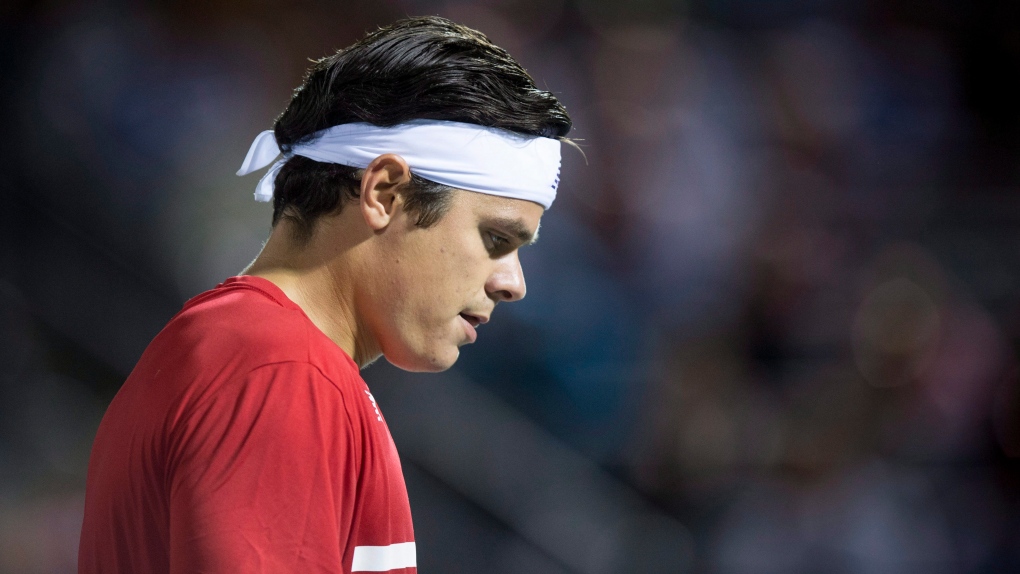 FILE - Milos Raonic of Canada reacts during his match against Adrian Mannarino of France during second round of play at the Rogers Cup tennis tournament Wednesday August 9, 2017 in Montreal. THE CANADIAN PRESS/Paul Chiasson

PARIS -- Toronto's Steven Diez advanced to the men's main draw at the French Open with a 6-3, 6-4 win over France's Enzo Couacaud on Thursday.

Diez broke Couacaud five times on 12 chances and scored 35 of his 74 points while receiving to advance to his first Grand Slam main draw.

Leylah Annie Fernandez of Laval, Que., and Eugenie Bouchard of Westmount, Que., are in the women's event.

This report from The Canadian Press was first published Sept. 24, 2020