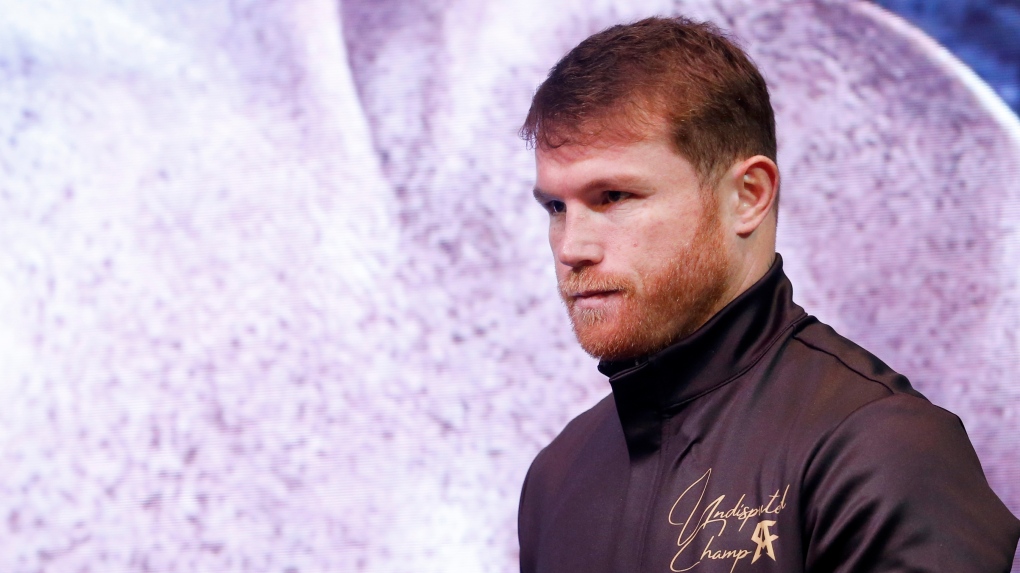 Álvarez apologized on social media, writing on Wednesday: "These last few days I got carried away with the passion and the love I feel for my country and I made comments that were out of order so I want to apologize to Messi and the people of Argentina.

"Every day we learn something new and this time it was me who did."

The pound-for-pound dynamo had sent a warning to Messi on social media after a tense 2-0 Argentina victory over Mexico in Group C on Saturday. Messi scored the opening goal, before Enzo Fernández sealed the win late on to keep Argentina's World Cup dream alive following its stunning opening round defeat to Saudi Arabia.

"Did you see Messi cleaning the floor with our shirt and flag????" Álvarez tweeted, apparently in reference to a video which shows Messi celebrating with his teammates in the changing room.

As the Argentine takes off his football boots, the video shows Messi's foot appearing to make contact with a Mexico shirt that was on the floor. There is no indication that Messi kicked the shirt intentionally.

"He better pray to God that I don't find him!!" Álvarez added in another tweet, with a series of angry emojis. "Just like I respect Argentina, he has to respect Mexico! I'm not talking about the country as a whole, just about the bulls**t that Messi pulled."

Álvarez, who is widely considered one of the best pound-for-pound boxers ever after winning world championships in four weight classes, added in one reply to a journalist: "It's one thing them being better than us (in football), it's another thing to have respect."

CNN had asked Alvarez's representatives for further comment but did not receive an immediate response. The Argentinean Football Association did not immediately respond to a request for comment.

In a comment to CNN, Marcelo Méndez, Messi's representative, said: "It's not a kick to the jersey or anything like that as everyone can see on the footage.

"I believe there's literally no one who can even question once Leo's fair play through his career. He's one of the most honest footballers ever, never cheats, always respects rivals ... I reckon this debate doesn't make any sense."

"The shirts are always on the floor after games have finished due to sweat and then if you look properly, he makes the movement to remove his boot and accidentally hits it."

Mexico captain Andrés Guardado also came to Messi's defense, saying that "unfortunately, perhaps Canelo does not understand what is experienced in a locker room."

"That is why I can understand the reaction of being offended by seeing the Mexico shirt on the ground and everything that has gone viral," Guardado told Argentina's TyC Sports. "But to me, it seems silly that this is being talked about because it doesn't matter much.

"For me, I repeat, Leo has had made many gestures not only with me, with many colleagues who know what he is like and beyond what has been said, it is purely to generate controversy or sell things."

"Every time I have had the opportunity to ask Messi for something, a change of shirt or a photo with my son, he has always done it."

Argentina would go on to qualify top of its group after a 2-0 win over Poland -- despite Messi missing a penalty in the match -- while Mexico agonizingly failed to qualify for the knockout stage despite beating Saudi Arabia 2-1.