Mets' Marcus Stroman opts out of season over virus concerns 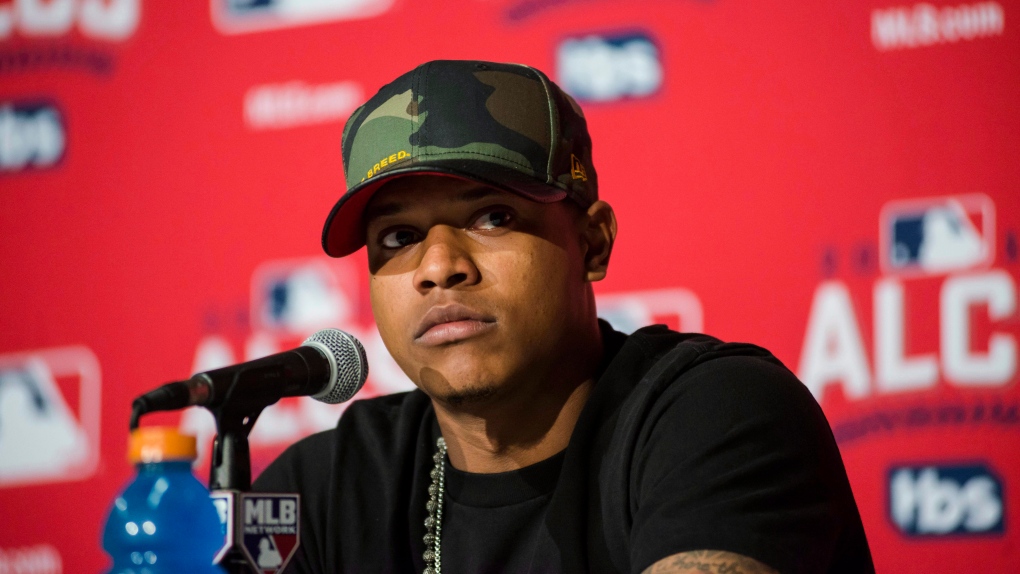 NEW YORK -- Marcus Stroman's recovery from a torn left calf muscle was almost complete, and he was in line to possibly make his season debut for the New York Mets next week against the Miami Marlins.

But the idea of travelling to one of the country's coronavirus hot spots played a factor in Stroman's decision Monday to opt out of the 2020 season.

"Obviously, you see the Cardinals, the Marlins, you see spikes everywhere in the country, you see protocols not being handled properly from citizens everywhere," Stroman said during a Zoom call. "You see us going to Florida soon. That was a big discussion I had with my family. Going to see the Marlins soon, that's something I don't want to be in that situation."

Stroman, scheduled to become a free agent after the season, is the second Mets player to opt out this month. Designated hitter Yoenis Cespedes left the team Aug. 2.

Stroman said he had daily conversations with his family about what to do. His grandmother and uncle have compromised immune systems and are around his mother on a regular basis.

"This was a decision I had to kind of take myself out of it and look out for the best interests of my family," Stroman said.

His decision came four days after he threw 85 pitches in his second simulated game and a day before he was scheduled to throw another simulated game.

On Sunday, manager Luis Rojas expressed hope it would be the last simulated game for Stroman, who was injured during the Mets' summer workouts. New York's next road trip is to begin Friday at Philadelphia and conclude with a four-game set at Miami from Aug. 17-20.

Rojas said he understood Stroman's decision but was surprised.

"He wanted to do another one just to play it safe and see how he felt coming out of it and then come join us," Rojas said Monday. "But, once again, we fully support him."

Stroman will go on the restricted list, allowing the Mets to clear a spot on the 40-man roster.

He will now head into free agency -- he reached the six years of service time needed July 30 while on the injured list -- without throwing a pitch this season. At 29, he's expected to be one of the most sought-after starters on the open market.

He was due to make $4.4 million -- the prorated portion of the one-year, $12 million deal he signed in January -- and will give up the remaining total, a little more than $3.25 million, unless he has a precondition.

Stroman's exit further weakens a rotation that looked like one of the best before the pandemic shutdown in March. While two-time reigning NL Cy Young Award winner Jacob deGrom has been impressive in four starts, Noah Syndergaard is out for the season after Tommy John surgery and Michael Wacha went on the injured list Sunday with shoulder inflammation.

With Stroman out, rookie left-hander David Peterson, who is 2-1 with a 3.78 ERA in his first three big league starts, is locked into a rotation spot. General manager Brodie Van Wagenen said relievers Seth Lugo and Robert Gsellman are possibilities to fill the fifth spot.

Stroman was 4-2 with a 3.77 ERA in 11 starts last season for the Mets, who acquired him in July 2019 for two pitching prospects. He grew up on Long Island about 50 miles from Citi Field.

"I remember coming over here and us going on that little win streak last year and the environment at Citi Field," he said. "It felt like playoff games that I was pitching in when I came over at the trade deadline."