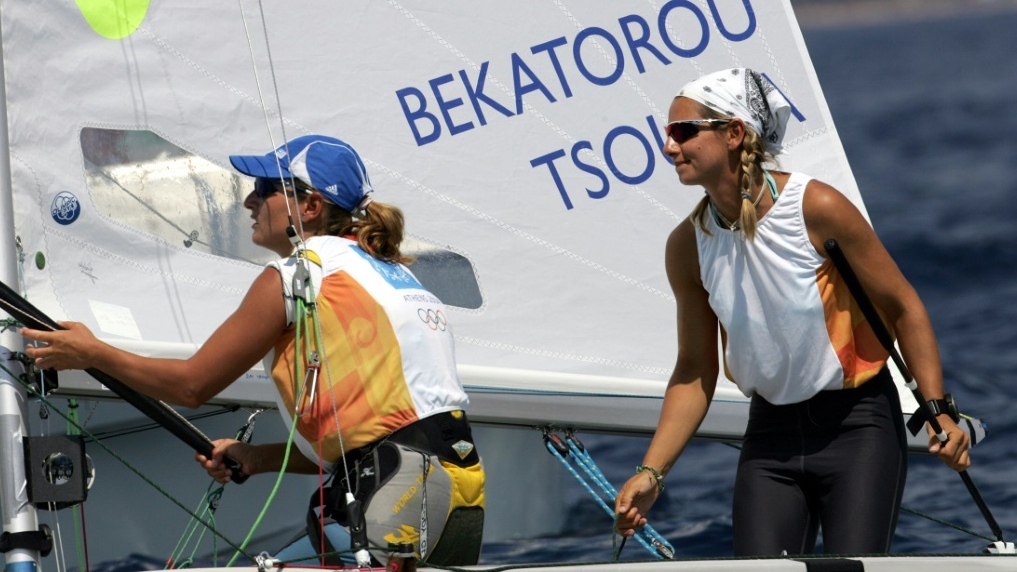 Sofia Bekatorou, one of Greece's most successful Olympians and a two-time Games medallist, alleged this week she had suffered sexual assault at the hands of a Greek sailing federation executive shortly after trials for the 2000 Sydney Olympics.

After a member of the Greek sailing federation board resigned Saturday in solidarity with Bekatorou, other athletes began speaking out amid a torrent of social media commentary.

Bekatorou, now 43, said she was 21 when she was subjected to "sexual harassment and abuse" by the unnamed senior federation member in his hotel room.

The mother of two said she ultimately chose to stay silent in order to keep competing, saying that the perpetrator is still in a "position of power" at the federation.

"At that time we did not have any collaboration with a sports psychologist, and of course I would never talk to my parents because they would have stopped me from sailing," Bekatorou told a government-sponsored teleconference on sexual abuse on Thursday.

In a Facebook post on Saturday, Greek Prime Minister Kyriakos Mitsotakis said he "stood by" Bekatorou and urged other victims of sexual abuse to speak out.

'Time to uproot the violence'

"It is time to uproot the violence of those in power against anyone in a weak position," Mitsotakis said.

One of Greece's most decorated Olympians, Bekatorou won gold at the 2004 Athens Games and bronze in Beijing four years later.

Few Greek women speak out against sexual harassment and assault, especially among prominent members of society.

Deputy labour minister Maria Syreggela said Bekatorou's decision to speak out was "worth more than the ten medals with which she has honoured Greece."

Under fire over the alleged incident, the Greek sailing federation this week encouraged Bekatorou to "give details", vowing to take action "provided it rests within its responsibility to do so."

The federation was slammed by media users for describing Bekatorou's claim as an "unpleasant incident."

Bekatorou, who has reportedly revealed her alleged attacker's name to a prosecutor, on Saturday called the federation's response "unacceptable".

"Given the way the federation responded, we can all understand why I did not speak," Bekatorou told Open TV.

Sexual abuse from elite coaches and sports officials has come under scrutiny since the scandal that engulfed gymnastics in the United States that led to the jailing in 2018 of team doctor Larry Nassar for multiple cases of rape and sexual assault.