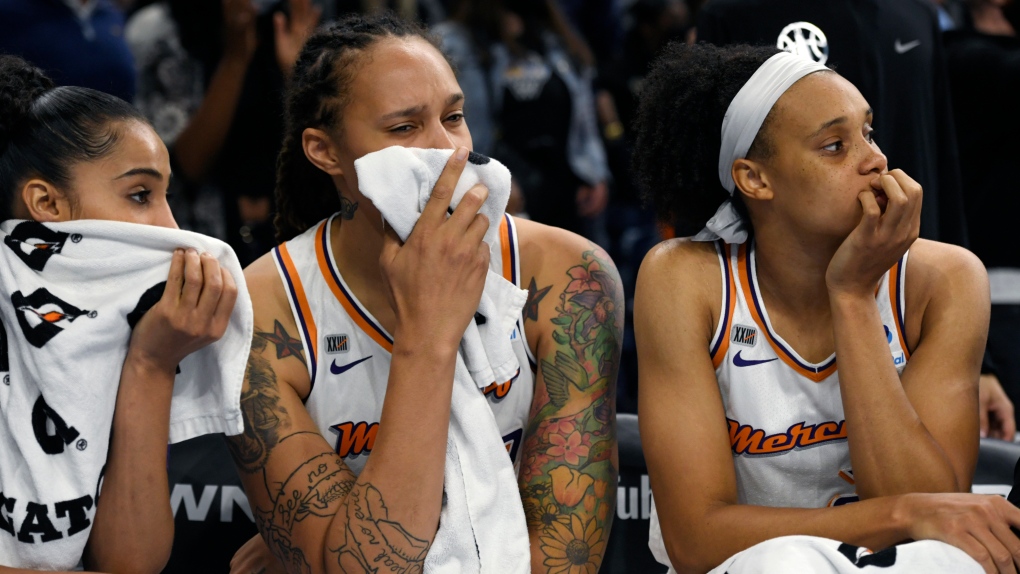 Phoenix Mercury's Sklar Diggins-Smith, left, Brittney Griner, center, and Bria Hartley right, react on the bench during the final seconds of the second half of Game 3 of the WNBA Finals against the Chicago Sky, Friday, Oct. 15, 2021, in Chicago. (AP Photo/Paul Beaty)
PHOENIX -

The Phoenix Mercury were fined US$10,000 on Tuesday by the WNBA for violating the league's rules on postgame media interview access following Game 4 of the WNBA Finals.

The Mercury's players - including stars Diana Taurasi, Brittney Griner and Skylar Diggins-Smith - didn't do interviews after Chicago's series-clinching 80-74 win on Sunday. The $10,000 fine is the biggest in league history for a media infraction.