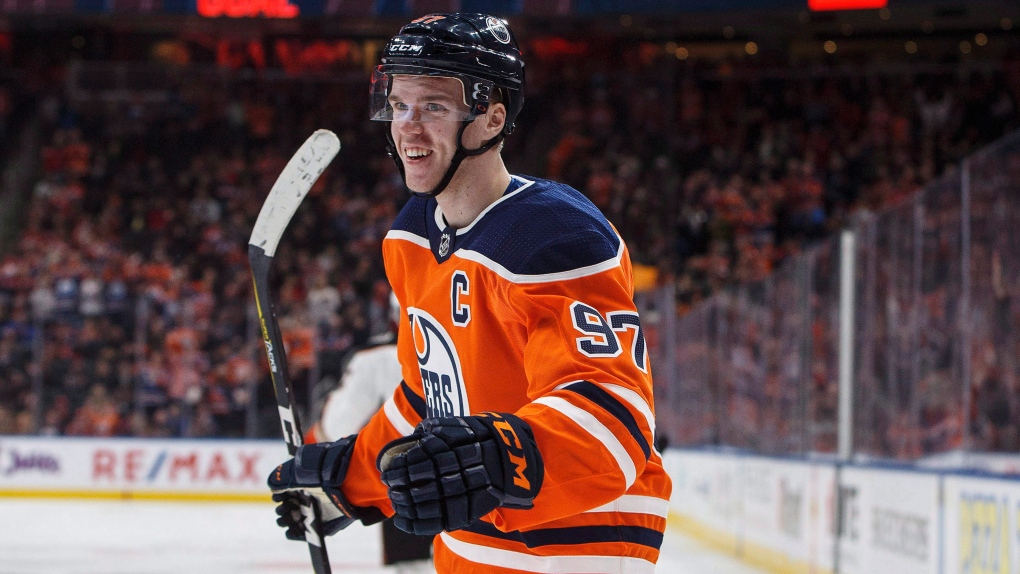 The award is presented annually "to the most outstanding player in the NHL," as voted by fellow members of the NHL Players' Association.

McDavid hopes to become the first player to receive the Lindsay Award in consecutive seasons since Sidney Crosby (2012-13, 2013-14).

McDavid played in all 82 regular-season games for Edmonton. The Oilers captain led the league in points (108) to win his second consecutive Art Ross Trophy, while recording the third-most assists (67), scoring the sixth-most goals (41) and placing first in points per game (1.32).

Hall played in 76 regular-season games to help New Jersey to its first playoff berth since the 2011-12 season. The 26-year-old tied for ninth in the league in goals (39), ranked sixth in points (93), tied for fourth in multi-point games (27), placed fifth in power-play points (37) and averaged the seventh-most points per game (1.22).

MacKinnon played in 74 regular-season games for the Avalanche and led Colorado with career highs in goals (39), assists (58) and points (97) to help his club make the playoffs for the first time since 2013-14. MacKinnon finished the season fifth in points and tied for ninth in goals, while co-leading the league in game-winning goals (12).