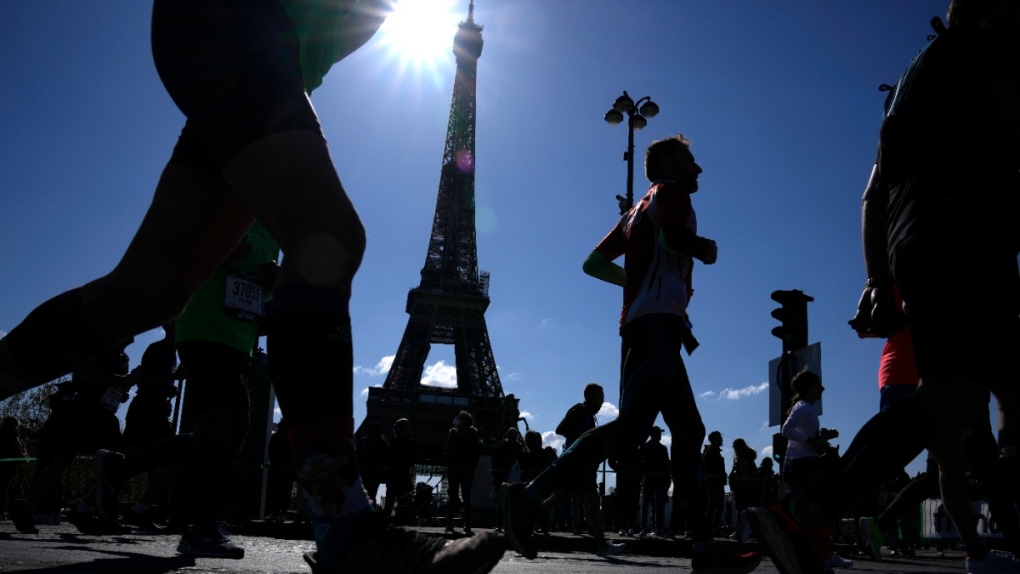 Competitors run in front of the Eiffel Tower during the Paris Marathon, on April 3, 2022. (Francois Mori / AP)
PARIS -

The marathon course at the 2024 Paris Olympics will include a strength-draining 438 metres of uphill racing, a punishing test of endurance that organizers proudly described Wednesday as "a challenge without precedent."

And for the first time at the Olympics, female marathoners will get the privilege of competing last, on the final day, Aug. 11. The men will race on Aug. 10.

The runners will race from Paris to the royal town of Versailles -- a route that includes some punishing climbs -- and back again.

"A challenge without precedent," said Tony Estanguet, the head of the Paris organizing committee. "We're aware of the challenge it represents."

The marathon will start from Paris City Hall and wind past famed landmarks, including the Eiffel Tower, before leaving the capital and beginning its upward wind to Versailles, the former town of kings with its spectacular palace, to the southwest. The climb has 13% gradients in its steepest parts.

From Versailles, the runners will then return to Paris, with leg-burning downhill sections, to the finish in central Paris in front of Napoleon's golden-domed tomb at the Invalides.