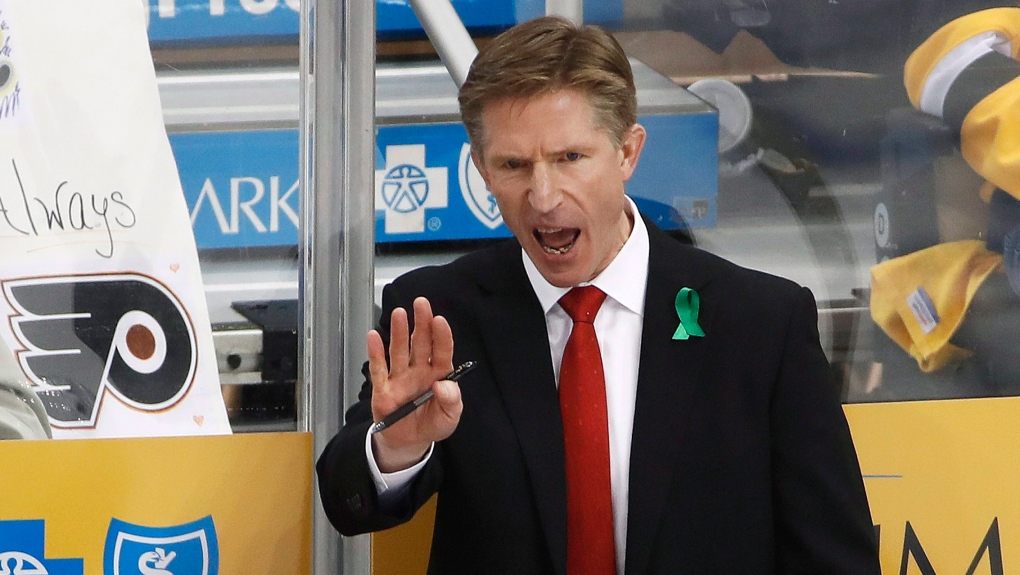 Hakstol spent 3 1/2 seasons behind the Flyers' bench, compiling a 134-101-42 record to go along with two six-game defeats in the first round of the playoffs.

Hakstol joins Paul McFarland, who spent the last two seasons with the Florida Panthers, as Babcock's assistants after D.J. Smith was hired as head coach of the Ottawa Senators and Jim Hiller joined the New York Islanders.

Prior to joining the Flyers, Hakstol spent 11 seasons as head coach at the University of North Dakota, where he went 289-143-43, won four Western Collegiate Hockey Association titles and made seven Frozen Four appearances. Hakstol was most recently a member of Canada's coaching staff at the world championships in Slovakia.

Hutchinson played five times with the Leafs and suited up for 23 games with the Toronto Marlies of the American Hockey League in 2018-19 after being acquired from the Florida Panthers in a trade on Dec. 29.

The 29-year-old from Barrie, Ont., was tabbed as the Leafs backup goalie behind Frederik Andersen on the eve of their first-round matchup with the Boston Bruins in April after fellow netminder Garret Sparks was given 10 days to rediscover his form following a string of shaky outings.

Originally selected by Boston in the third round of the 2008 draft, Hutchinson actually missed the first two games of the playoffs because of the birth of his first child, but was back on the bench for the remainder of the series, which the Bruins took in seven.

In 111 career NHL games with the Leafs, Panthers and Winnipeg Jets, Hutchinson has a 46-43-13 record with a 2.70 goals-against average, a .908 save percentage and four shutouts.

Acquired by Toronto in a June 2015 trade with Edmonton, Marincin was selected in the second round of the 2010 draft by the Oilers.