LPGA Tour's Suzann Pettersen: 'I was sick of golf' before maternity leave 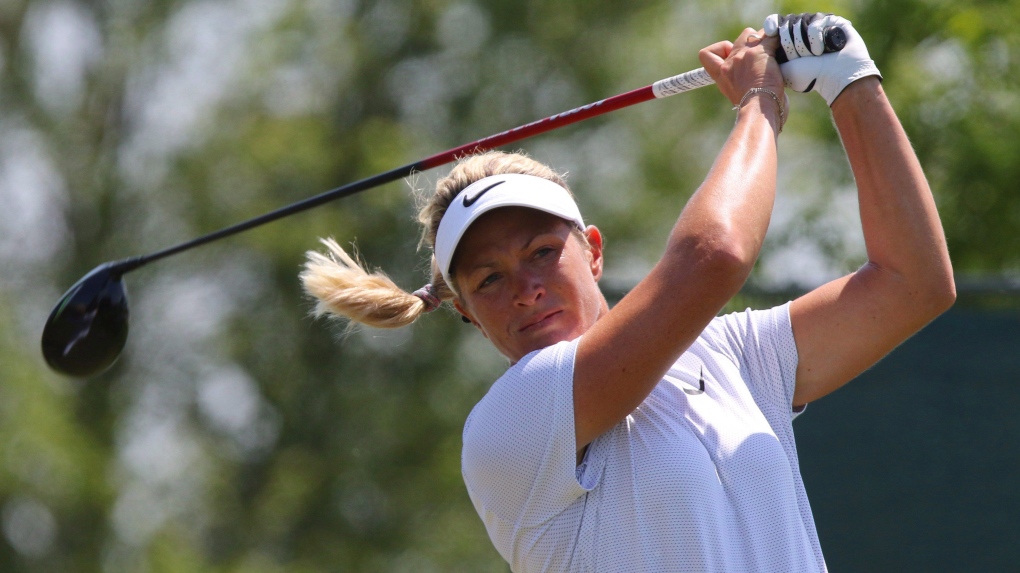 Suzann Pettersen hits from the third tee, during the third round of the LPGA Classic at Whistle Bear Golf Club in Cambridge, Ont., on Saturday, June 10, 2017. THE CANADIAN PRESS//Dave Chidley

AURORA, Ont. -- When Suzann Pettersen left the LPGA Tour for maternity leave, she thought she might be done with golf.

"To be honest I was sick of golf," said Pettersen on Wednesday. "When I realized I wasn't going to be able to play, be able to travel, the best thing for me was to actually just shut off the switch, which I've never done. First time in 20 years.

"I turned it off and I didn't think about golf, didn't watch golf. I hardly paid attention to what was going on, who won, who was doing well."

But after a nearly two-year absence, Pettersen is back and playing in the CP Women's Open this week at Magna Golf Club, her third tournament of 2019. The Canadian national championship was a natural choice for her return tour, having won in 2009 at Calgary's Priddis Greens Golf & Country Club.

The former world No. 2 also won at the now defunct LPGA Manulife Classic in Cambridge, Ont., in 2016.

"This is literally the first really big break that I've ever had in 20 years as a professional, so that was nice," said Pettersen. "But then once I knew that, OK, there are a few dates that I knew were on the calendar in 2019 that I had to be ready for.

"Once I kind of turned that switch back on it was almost like refreshed. "

Pettersen said that the time away from golf has fundamentally changed her approach to the sport to the point that it has caught her coaches off guard.

"I feel like I've created some new routines," said Pettersen. "I just in general don't have the time that I used to have, so efficiencies on my time have gone up for sure.

"I can get a lot more done and I feel almost better quality than just wasting six hours standing on the practice range just wasting time."

Pettersen's maternity leave gave her perspective on her two decades as a professional golfer and with that new outlook came a new level of confidence. That self-assurance had an immediate impact on Pettersen as she began practising for her return to the LPGA Tour.

"It's like anything in life. Once you got over the hurdle and things started flowing again, kind of respond to things that your coaches are telling you and your body feels like familiar again, it was a lot of fun," said Pettersen. "I just realize that I probably have a lot more knowledge than I kind of give myself credit for. That has probably also made it a little bit easier coming back."