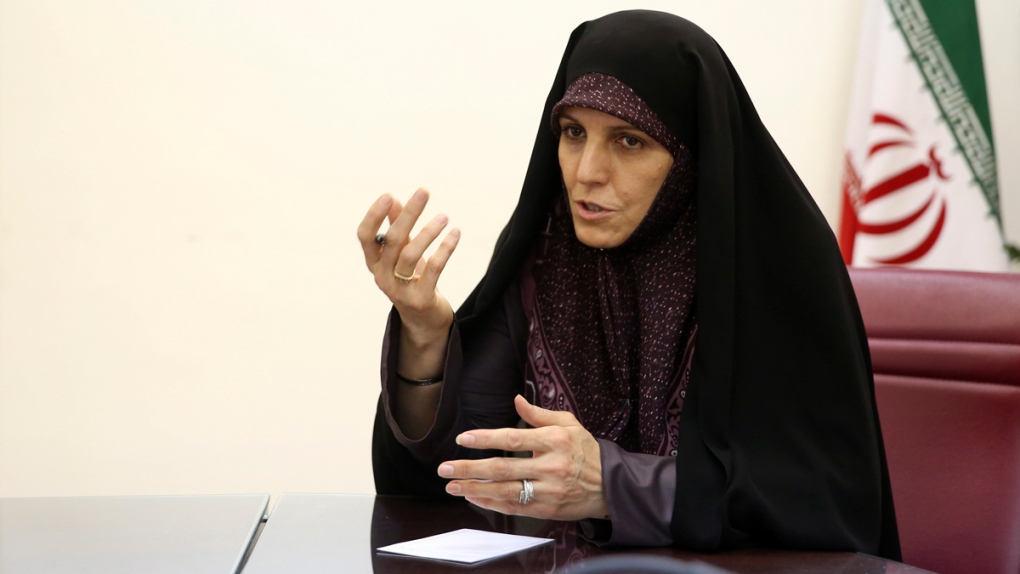 TEHRAN, Iran -- A limited number of Iranian women will be allowed to watch Volleyball World League games in Tehran later this month, a senior government official has told The Associated Press, part of a government move to allow women and families to attend male sporting events.

Vice-President for Women and Family Affairs Shahindokht Molaverdi, part of the Cabinet of moderate President Hassan Rouhani, said the government hopes to avoid a showdown with hard-liners over the issue. However, the issue already has garnered worldwide attention on Iran with the detention of a British-Iranian woman trying to attend a men's match last year.

Molaverdi, a reformist politician and women's rights activist, said women will be allowed into stadiums to watch men's matches in specific sports such as volleyball, basketball, handball and tennis. However, she said women still won't be allowed into soccer, swimming and wrestling matches.

The decision has yet to be officially announced, but Molaverdi told the AP that, "a limited number of women, mainly families of national team players," will be allowed to watch the upcoming volleyball matches as a way of gradually introducing the change.

"If it practically happens a few times, the concerns will be completely removed and it will be proven that allowing women to watch men's sports matches is not problematic," she said. "Necessary measures need to be taken in order not to spread concern. This is an issue that can be easily managed so that it would not turn into a predicament."

Women generally have been banned from games since Iran's 1979 Islamic Revolution, though foreign women can attend matches of their national teams. Senior clerics have opposed women attending sporting events because male athletes often wearing revealing clothing, and the fans in the crowd sometimes shout obscene chants.

The ban came to worldwide attention last year over the detention of an Iranian-British woman, Ghoncheh Ghavami, who tried to attend a men's volleyball match between Iran and Italy. Ghavami was detained for several hours and then released, but was arrested again a few days later. She was eventually sentenced to a year in prison for "propagating against the ruling system," but was freed on bail in November pending an appeal.

While Iran's judiciary has said her case was linked to her work with the opposition, the FIVB, which oversees world volleyball games, called for her release, saying it showed "the need to give men and women worldwide equal rights to participate in sport." At the same time, the FIVB decided Iran wouldn't host the Boys' Under-19 World Championship this year, saying the decision was based solely on technical grounds.

In a move to test the waters, some women were allowed inside a stadium last week to watch a men's basketball match in Tehran. There was no immediate backlash over that, however some hard-liners have threatened to create a public uproar in order to stop women from attending a June 19 match in Tehran between the Iranian national volleyball team and the U.S. team.

Having women at matches may also cut down on fans swearing, Molaverdi said.

"Women's presence and getting families into stadiums will create a sense of formality that can definitely moderate the atmosphere of stadiums and give it a moral spirit," she said.

Meanwhile, Molaverdi said she is seeking to set a gender quota for women in parliamentary elections early next year. Currently, only nine out of 290 lawmakers in Iran's parliament are women.

"That's less than 3 per cent. Gender quotas should be applied for women in the parliament," she said. "What we have offered is 30 per cent of parliament seats" be allocated for women.