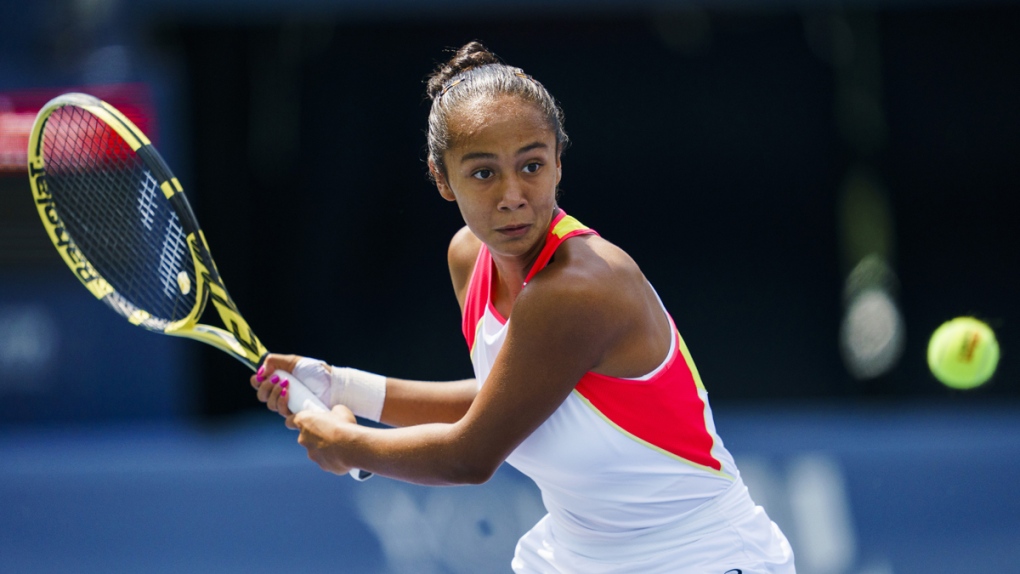 PARIS -- Another Grand Slam, another next step for Leylah Annie Fernandez.

The 18-year-old Canadian has advanced to the third round in her third career Grand Slam after beating world No. 47 Polona Hercog of Slovenia 6-4, 3-6, 6-1 on Thursday at the French Open.

Fernandez, from Laval, Que., lost in the first round in her Grand Slam debut at this year's Australian Open before falling in the second round at the U.S. Open last month.

When asked what she's happiest about, Fernandez said, ""Mostly my fight and hard work.

"These two players (she beat No. 31 seed Magda Linette in the first round) are great players ... both top-50 players for a reason so it wasn't going to be easy. I'm happy to get that one more ball back in and fight through the end."

Fernandez joins Eugenie Bouchard of Westmount, Que., in the third round. Bouchard will face world No. 54 Iga Swiatek of Poland on Friday.

Fernandez has enjoyed previous success on the clay courts at Roland Garros, winning the girls' title last year before making the jump to the pros.

"It's honestly really difficult transitioning from juniors to professionals," said Fernandez, who is ranked 100th in the world. "I know Coco (Gauff) makes it seems like its' easy but it's hard. You've got to get used to the pace, to the heaviness of the balls. Juniors is still fast and still heavy, but not the same as the pros."

Fernandez will next face No. 7 seed Petra Kvitova of the Czech Republic. Kvitova won Wimbledon titles in 2011 and 2014.

"It won't be an easy match," Fernandez said. "She's a great player, won a few grand slams and went through some difficult times (Kvitova was the victim of a knife attack in 2016) and still bounced back to being in the top 10," Fernandez said.

"I remember since I started playing tennis, watching her winning the Wimbledon championship, the way she played was really inspiring."

Shapovalov missed two chances to serve out the match before falling to Carballes Baena, ranked 101st in the world, in cool conditions.

"Honestly I feel like the conditions were as tough as possible for me to play against here, with the balls being just so heavy and it being really cold," Shapovalov said. "I mean, I play an aggressive game, I like to step in, and I mean he just had so much time. So it was very difficult."

Carballes Baena will face No. 18 seed Grigor Dimitrov of Bulgaria in the third round.

Shapovalov, who said he hurt a hamstring during the match, fell short of reaching the third round at the French Open for the first time in his career. He made it to the second round in 2018 and lost in the first round last year.

Off the court, Shapovalov wasn't happy with the job done by organizers during the COVID-19 pandemic. He said the situation at the U.S. Open in New York was "way better."

"Yeah, honestly I think they're not doing a good job. There's really no bubble, especially in the second hotel I heard," he said.

"Scheduling is absolutely awful. I mean, after a five-hour match I have to play doubles now. It's just like, it's just complete trash scheduling. It's disappointing. I mean you're in a Grand Slam and I don't want to sound spoiled, you know, but you expect at least some help from the tournament to help you compete."

Shapovalov was coming off a run to the semifinals on clay at the Italian Open. He made the quarterfinals at the U.S. Open last month.