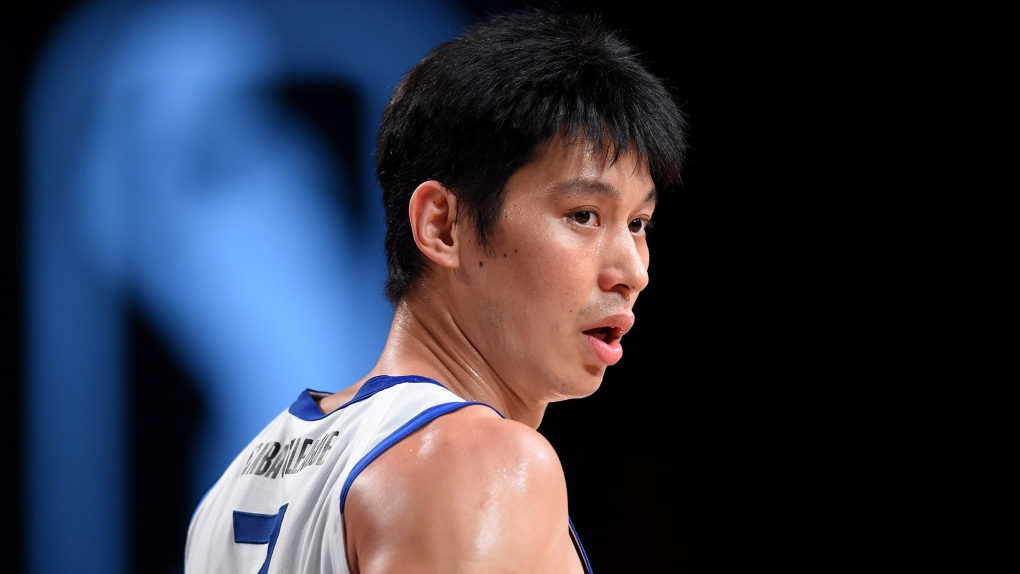 Jeremy Lin of the Santa Cruz Warriors looks on during a game against the Delaware Blue Coats on February 12. (Juan Ocampo/NBAE/Getty Images/CNN)

Former NBA star Jeremy Lin will not be naming the person who called him "coronavirus" while he was playing basketball.

Lin, who plays for the Santa Cruz Warriors, the G League, or minor league, affiliate of the Golden State Warriors, tweeted Saturday that he will not be "naming or shaming anyone" after sharing the racism he experienced.

"What good does it do in this situation for someone to be torn down?" Lin said. "It doesn't make my community safer or solve any of our long-term problems with racism."

"Instead, if you want to truly help, look for the Asian kid that has no one to speak up for him when he's bullied," he said. "Look for the Asian American groups that are experiencing poverty but getting overlooked."

The G League is investigating the incident, a source familiar with the situation told CNN.

In a Thursday Facebook post, the guard expressed his anguish for the racism and violence targeting Asian Americans. Communities and advocates across the United States have been on high alert in recent weeks following a string of recent attacks against the minority group.

While it's unclear what is fueling recent incidents, advocates and authorities say they see a pattern of targeted hate since the coronavirus pandemic began.

During his time at Harvard University, Lin said his assistant coach Kenny Blakeney helped talk him through the moments he experienced racism.

"He shared with me his own experiences as a Black man -- stories of racism I couldn't begin to comprehend," Lin said.

In 2019, Lin became the first Asian American to win an NBA title while playing for the Toronto Raptors. Lin became a household name in 2012, when he emerged as the breakout star of the New York Knicks. His success was dubbed "Linsanity."