Kids under 12 banned from heading soccer balls in practice in most of U.K. 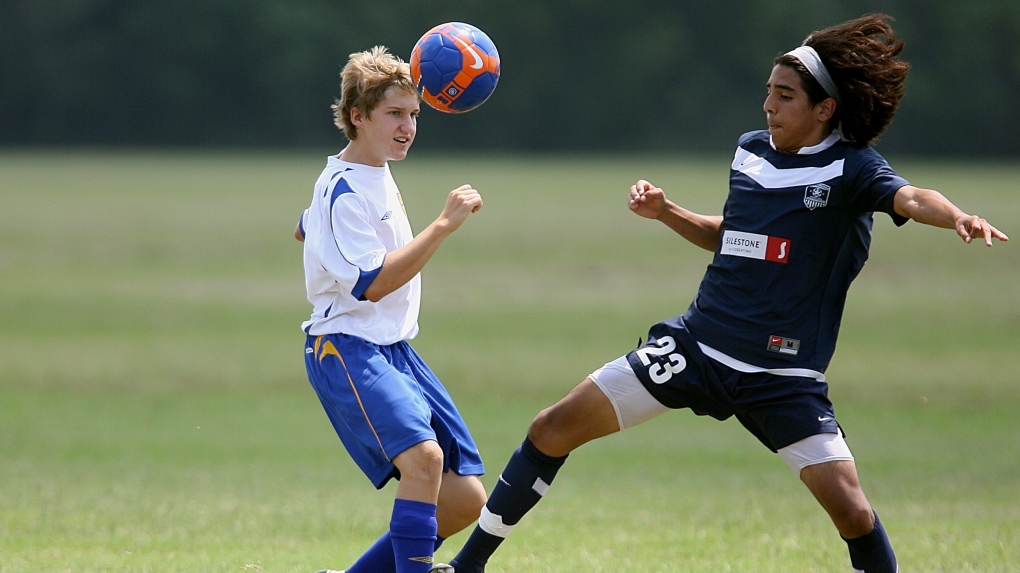 Kids heading a soccer ball during a game (Pexels)

LONDON -- Children up to the age of 12 will be banned from heading a soccer ball in practice sessions in England, Northern Ireland and Scotland as authorities look to address the potential long-term impact on health of head injuries.

The governing bodies of the three regions announced the new heading guidelines on Monday, months after a Scottish study found former professional players there were less likely to die of common causes such as heart disease and cancer compared with the general population but more likely to die with dementia.

The guidelines say there will be a "graduated approach" to heading in practice for kids from 12-15, while the heading will be restricted to one practice session per week for kids 16 and 17.

There will be no change in terms of heading in matches, taking into consideration the extremely limited number of headers which actually occur in youth matches.

The Scottish study did not state that heading a ball was the cause of the increased prevalence of neurodegenerative conditions among soccer players, but the decision to update the guidelines was taken to "mitigate against any potential risks", the English Football Association said in a statement.

"This guidance is a responsible development to our grassroots coaching," FA chief executive Mark Bullingham said, "without impacting the enjoyment that children of all ages take from playing the game."

The associations said the guidance had been produced in parallel with the UEFA medical committee, which is seeking to produce Europe-wide guidance later this year.