Kawhi Leonard says he hasn't bought a house in Toronto 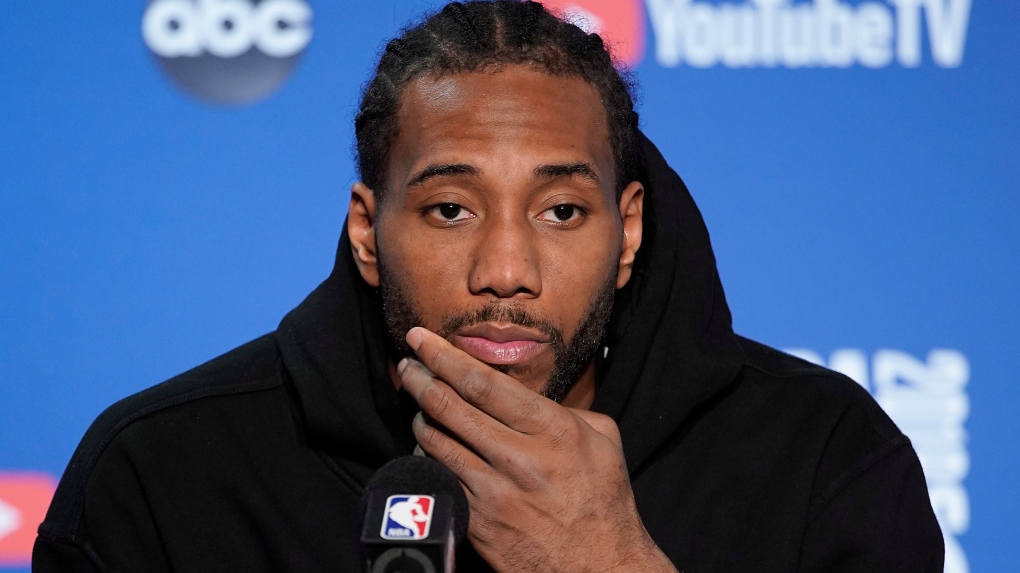 TORONTO -- Raptors star Kawhi Leonard says he has not purchased a home in Toronto.

A report surfaced last week that the player, who becomes a free agent next month, had bought a house in the city.

"No, it didn't. It didn't happen yet, no," Leonard said Saturday.

Raptors fans had hoped it was a clue that Leonard planned to re-sign with the Raptors during free agency.

The Raptors acquired Leonard from San Antonio in last summer's blockbuster trade that saw DeMar DeRozan go to the Spurs.

The Raptors can win their first NBA Championship in franchise history with a victory over Golden State on Monday at Scotiabank Arena.

The 27-year-old Leonard is poised to capture his second career Finals MVP award.