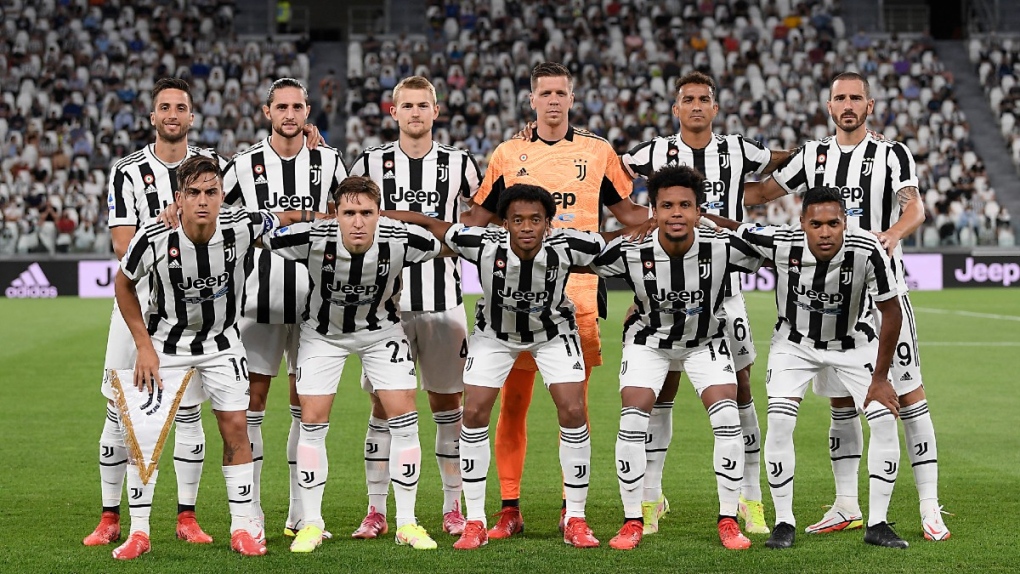 Juventus team poses prior to the Serie A soccer match between Juventus and Empoli at the Allianz stadium in Turin, Italy, on Aug. 28, 2021. (Fabio Ferrari / LaPresse via AP)
TURIN, Italy -

Juventus reported a loss of 210 million euros (US$250 million) for the 2020-21 financial year on Friday, attributed mainly to the pandemic's effect on the transfer market and ticket sales.

While the drops were offset in part by a rise in TV rights income, overall losses were still more than twice as much as in 2019-20.

Meanwhile, Juventus said it was still clinging to the European Super League project promoted by club president Andrea Agnelli, despite the quick collapse of the plan unveiled in April when nine of the 12 teams involved withdrew after a public backlash.

"As at today, it is not possible to predict with certainty the outcome and future development of the Super League project, of the legitimacy of which Juventus remains confident," the team said.

Juventus' legal case with fellow Super League rebels Real Madrid and Barcelona challenging what they say is UEFA's monopoly control of competitions is with the European Court of Justice in Luxembourg. A deadline for submissions to the court is next month.