Jose Bautista to sit out first week of exhibition schedule 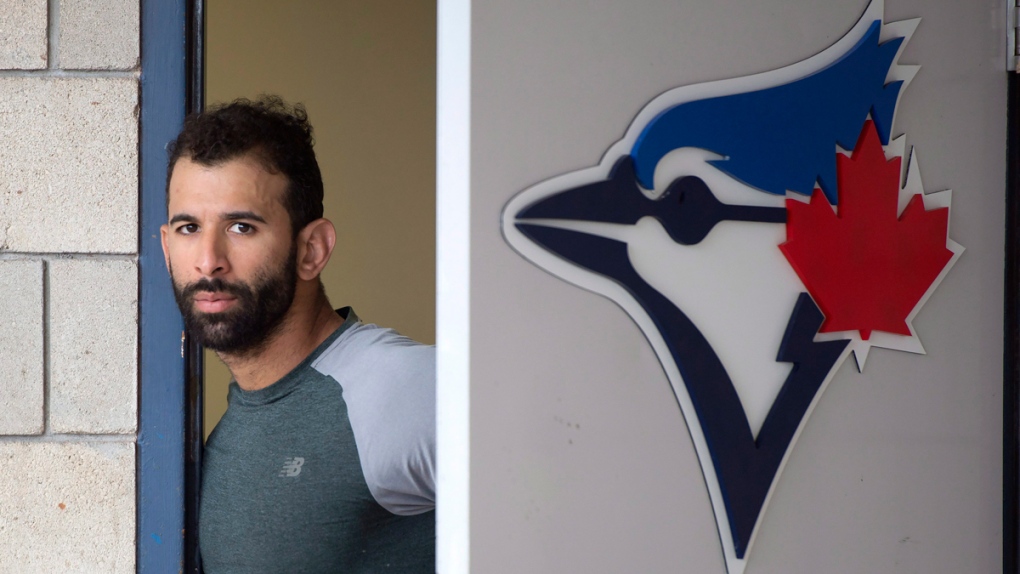 Manager John Gibbons said his all-star right-fielder won't appear in any spring-training games for a week to 10 days to ease him back into following after a relatively short off-season.

"I talked to him and with the longer season, he's got a pretty rigid program that he follows in the off-season and he thought it would be best to start a little slower so he keeps his routine," Gibbons said before Toronto's first official spring training game against the Philadelphia Phillies on Tuesday.

"And with the new high performance department, those guys have a lot of input, a lot of expertise. They've gotten together with him to put up a plan together."

The high performance department -- a team of specialists in sports medicine and science hired by new president Mark Shapiro this off-season -- puts an emphasis on players' mental and physical needs.

"They have some good stuff, a lot of new science . . . pretty good ideas for conditioning, how the body recovers," Gibbons said. "Jose, it's really perfect for him.

"The key is to make sure we give him enough at-bats."

Last year's post-season appearance was the first of Bautista's career.

Shortstop Troy Tulowitzki is also expected to sit out the first three games of the exhibition schedule.

Other regulars who played well into last year's playoffs, such as centre-fielder Kevin Pillar and AL MVP Josh Donaldson, don't have any restrictions put on them, however.

Gibbons said it all depends on the specific player.

"Kevin's a lot younger ... and Donaldson, he's ready to play from the get-go," Gibbons said. "A lot of it is who they are, what they've done (to get ready for the season in the past). We try to follow that and get the input from the new (high performance) guys."

NOTES --Slugger Edwin Encarnacion had an abscessed tooth removed Sunday. Gibbons said he won't take part in baseball activities for "the next couple days." Gibbons is still looking primarily at Pillar and left-fielder Michael Saunders to fill the club's vacant lead-off role. He doesn't expect to make a decisions on that until the middle of camp.