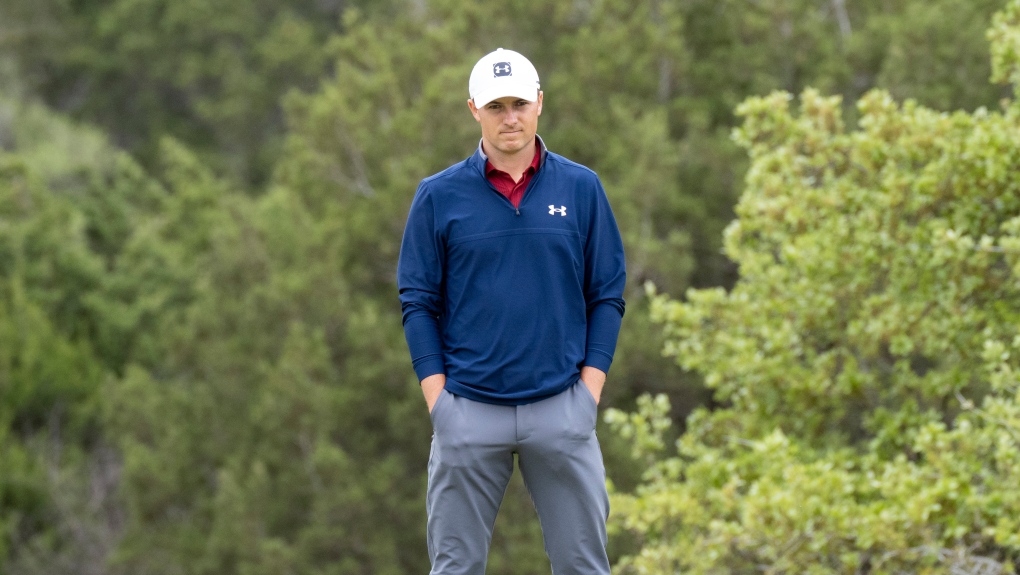 Jordan Spieth waits his turn to put during the third round of the 2021 Valero Texas Open golf tournament in San Antonio, Saturday, April 3, 2021. (AP Photo/Michael Thomas)

Jordan Spieth planned to take a week off after tying for third at the Masters, wrapping up his best stretch of golf in four years.

That downtime turned into a month-long layoff after testing positive for COVID-19 about 10 days after leaving Augusta National. Spieth quarantined in his Dallas home away from his wife, Annie.

He doesn't know exactly how he contracted COVID-19, but Spieth said Tuesday that it was "bad for a day and a half and then it was just kind of annoying for the next five days." The 27-year-old didn't lose his sense of smell or taste, but he did suffer from a loss of energy and some sinus issues.

Spieth has enjoyed a resurgence in 2021 that began with a tie for fourth at the Waste Management Phoenix Open in February. He followed that up with four top-15 finishes in his next five events before winning the Valero Texas Open ahead of the Masters.

Then came the unexpected downtime.

"I wasn't planning on taking a month off in the spring," he said. "So at this point it's get back to playing golf and try and get in the same rhythm I was in and just kind of be patient with it."

Spieth has continued his charge up the Official World Golf Rankings during his absence. As low as 92nd in the rankings in February, Spieth enters this week at No. 28 -- one spot ahead of where he was when he left Augusta National.

He said he's 100-percent recovered from COVID-19 as he prepares for the AT&T Byron Nelson ahead of next week's PGA Championship, the second major of the year.

"I'm just kind of starting to get it back the last week or so and kind of get back on track," said Spieth, the third betting favorite this week at +1100 by DraftKings. "And so I've only played a couple rounds and so I'm looking to kind of maybe knock a little rust off that I didn't think would necessarily be here.

"But, yeah, I feel good. I feel strong. I feel ready to go for a good stretch of golf coming up."