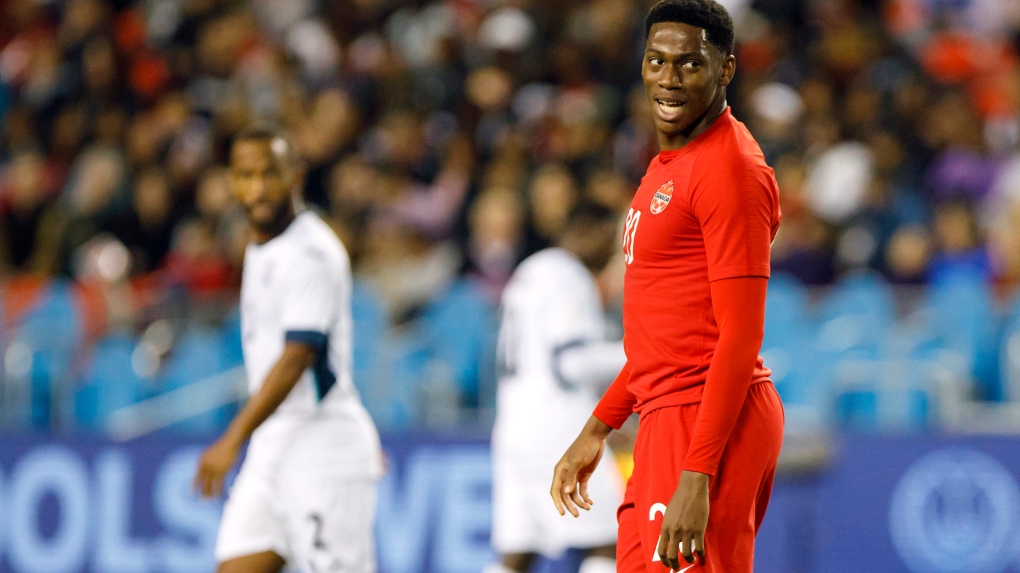 Canadian forward Jonathan David has completed his record-breaking transfer to Lille on a deal that runs through 2025.

The French club, whose full name is Lille Olympique Sporting Club, unveiled its new signing via a video showing off a highlight reel of his goals. Another video showed the 20-year-old parading around the team's Stade Pierre-Mauroy with a Canadian flag.

David, voted Canada's player of the year in 2019, arrives from KAA Gent in the Belgian league where he tied for leading scorer with 18 goals this season.

Lille said David, with 48 goals and 20 assists in 95 games in all competitions in his first two pro seasons, "has lit up the playing fields" since his arrival in Belgium in 2018.

"We are very proud today to welcome Jonathan David, a great talent who has already demonstrated at his young age all his potential and his many qualities within the Belgian championship," Lille CEO Marc Ingla said in a statement Tuesday.

"He is a player with not only great physical and technical abilities, but also mental qualities which make him particularly alert, agile and decisive."

The transfer is a Canadian-record transfer fee of 30 million euros ($46.8 million), according to a source not authorized to speak on the record.

The previous Canadian record transfer was Alphonso Davies' move to Bayern Munich from the Vancouver Whitecaps. That July 2018 deal involved a fixed transfer fee and additional compensation that could total more than $29.25 million.

"This is a very good team with great players," David said in a statement. "I want to play and to progress and I think that this is the perfect place. I'm a player who knows his place on the pitch. I love to play to my qualities -- notably with speed and technique."

Lille (15-9-4) was fourth in France's top-tier Ligue 1 when the season was put on hold due to the global pandemic. England's Leeds United and Arsenal were also reportedly interested in the young Canadian.

Born in Brooklyn, N.Y., David was three months old when his family moved to its native Haiti and six when the family came north to Ottawa.

With 11 goals in just 12 senior appearances, he is already halfway to matching Dwayne De Rosario's Canadian men's record of 22 national team goals. De Rosario, who doubled as an attacking midfielder and forward, compiled his total in 81 games between 1997 and 2015.

Six of those David goals came at the 2019 CONCACAF Gold Cup, where he won the Golden Boot as top scorer and was named to the tournament's Best XI.

A forward with a nose for goal, David can find a crease in the defence and is able to score with both feet or his head.

A trial with KAA Gent came in 2017 after a scout saw him on video. He went to Belgium twice that year, spending time with the second team before earning a full-time invitation. After finishing high school in Ottawa, he returned to Europe to focus full time on his soccer.

David had to wait until he turned 18 in January 2018 before he could sign a pro contract. In June 2018, he turned heads in Canadian colours at the renowned Toulon youth tournament in France.

He moved up the ranks rapidly after starting with the Gent reserves.

David made his senior debut for Canada in September 2018 in an 8-0 Nations League qualifying game against the U.S. Virgin Islands. Thirty-two minutes into the match, he was the youngest player ever to score for the country on his debut. Another five minutes later, he was the fifth player to score twice in his first outing for Canada.

David, who grew up a striker but he is comfortable playing all across the frontline, joined a select group with 20-plus combined goals for club and country.

This report by The Canadian Press was first published Aug. 11, 2020.