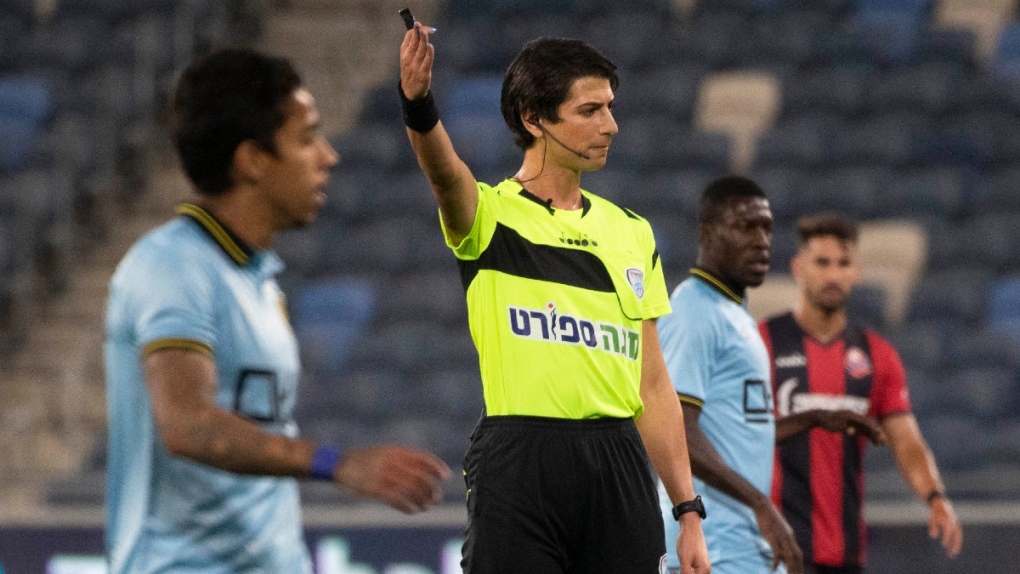 Sapir Berman blew the whistle as head referee to kick off the Hapoel Haifa vs. Beitar Jerusalem match.

She was greeted with little fanfare by the sparse crowd at Sami Ofer Stadium. A Haifa fan held up a sign “Sapir Berman super woman.”

In pre-game warmups and during the match, it was business as usual for the players. Some chatted and laughed with her before kickoff. Beitar Jerusalem fan Omer Weiss told Israel's Kan public broadcaster that “we have nothing personal against anyone. Everyone should live their own way.”

Monday evening's game in the northern port city of Haifa had been postponed by a day after Israel declared Sunday a national day of mourning for the 45 people killed in last week's stampede at a religious festival.

Berman has worked as a soccer referee for several years in Israel's Premier League and announced last week that she has publicly come out as a woman. She said that she had received the support of family, fans, soccer officials and players.

Berman follows in the footsteps of British soccer referee Lucy Clark, who came out as transgender in 2018.