'Is it a joke?' Rafa Nadal angered by marriage question after ATP Finals defeat 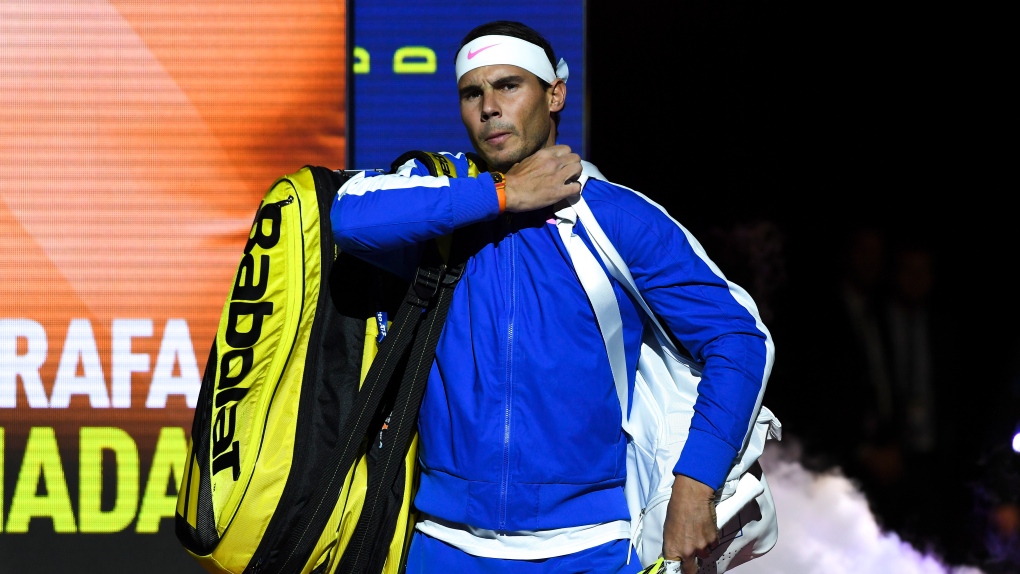 Rafael Nadal of Spain enters the court prior to his match against Alexander Zverev of Germany during their ATP World Tour Finals singles tennis match at the O2 Arena in London, Monday, Nov. 11, 2019. (AP Photo/Alberto Pezzali)

Rafa Nadal rarely loses his cool on the tennis court, but his patience was soundly tested after losing in his ATP Finals opener Monday.

After defeat by Alexander Zverev in London, Nadal appeared taken aback as a reporter questioned whether his recent marriage to longtime partner Xisca Perello had contributed to his loss.

Nadal and Perello were married in Mallorca, Spain last month having been together for 15 years.

"Honestly, are you asking me this?" Nadal shot back after the 6-2 6-4 defeat. "Is this a serious question or is it a joke?

"It's a big surprise you're asking me this after being with the same girl for 15 years, having a very stable and normal life. It doesn't matter if you put a ring on your finger or not."

Tension then increased in the press conference when Nadal turned the line of question back on the Italian reporter.

"How many years have you been with your (partner)?" asked the Spaniard, drawing laughs from the reporters.

"We move to Spanish, because that's bullsh**," he concluded. "Thank you very much."

Nadal was playing his first match since an abdominal tear forced him to withdraw from the Paris Masters earlier this month.

Zverev controlled the encounter from the start, breaking the world No. 1 twice in the first set and again at the start of the second on his way to a straight-sets victory.

"I did not feel pain in the abdominal at all," said Nadal.

"We can find reasons or excuses, but at the end of the day, (what) really matters is I need to play much better in (the) two days after tomorrow. That's the only thing."

Zverev, who won his first ATP Finals title last year, is now the first player to defeat Roger Federer, Novak Djokovic and Nadal at the tournament, an event that Nadal is yet to win in his illustrious career.

Stefanos Tsitsipas defeated Daniil Medvedev 7-6 6-4 in the other game of the Andre Agassi group, with the top two players progressing to the knockout stages.

Djokovic, Federer, Dominic Thiem and Matteo Berrettini complete the other side of the draw. Nadal is bidding to end the year as word No. 1 for the fifth time, although Djokovic is able to take the crown from him in London.