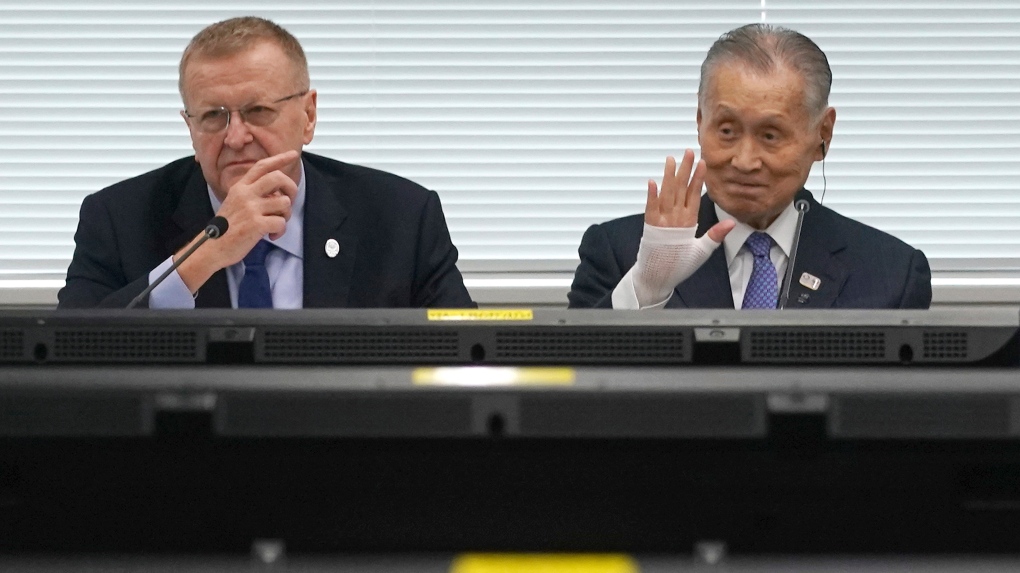 TOKYO -- The heads of some international sports federations complained this month that Tokyo Olympic organizers were cutting too deeply to save money.

John Coates, the IOC member who heads an inspection team that toured venues being built for the Tokyo Olympics, said Tuesday he was confident the problems will be solved.

"There were some issues identified recently," Coates said, speaking to open three days of meetings. "We think that you've been working them through. We're confident that you will be able to address them. They'll be the subject of more discussion."

Local organizers and the International Olympic Committee face a full agenda that includes labour issues, rising costs, worries about summer heat when the games open in less than 15 months, transportation and complaints about cost cutting from international sports federations.

Issued last week, a report titled "The Dark Side of the Tokyo 2020 Summer Olympics," focused on alleged labour abuse at the new national stadium and the Olympic village, the two centerpiece venues.

With an aging and declining population, Japan is shorthanded in many industries. The government has provided more visas for construction workers tied to the Olympics, and in April started allowing more foreign workers to reside in the country.

Ambet Yuson, general secretary of Building and Wood Workers' International based in Geneva, said the critical report had been sent to IOC President Thomas Bach.

"We were informed by the IOC that they are in direct contact with the Tokyo 2020 to find remedies," Yuson said in an email to The Associated Press.

Yuson said he had not received a response from the Tokyo Metropolitan Government, which is building the Olympic village, nor the Japan Sport Council, a national government body that is building the stadium. The municipal government and the sports council told the AP they were reviewing the report but offered few other details.

The report said interviewed workers complained about "a pervasive culture of fear" that discouraged speaking out. It said almost half of the workers interviewed did not have formal contracts, and it found "dangerous patterns of overwork" at both high-profile venues. It said some workers at the Olympic village reported working 28 consecutive days, and up to 26 straight at the national stadium.

Yuson said some problems are exacerbated by tight Olympic deadlines and pressure to finish on time.

"The situation is even worse with so-called interns or migrant workers with issues -- language, employment contracts and immigration issues," Yuson said by email. "Massive overtime in construction is really a big problem in Japan."

The labour federation began monitoring the Tokyo Olympics in 2016 and last interviewed workers in February.

The report noted two workers have died on projects for the Tokyo Olympics. Death by overwork, known as "karoshi," is a problem in Japan with employees often forced to work long hours despite government measures to try to prevent it.

Tokyo organizers also say they are trying to cut spending .

This drew strong rebukes this month at an annual meeting in Australia of Summer Olympic sports federations. Federation heads said Tokyo organizers are trying to cut items they view as "decorative" and might be out of the view of television cameras.

They also complained about high hotel prices, and items being cut that they deem basic like food services, storage facilities and the "look" of the venues.

Francesco Ricci Bitti, head of the Summer Olympic sports federations, is also an IOC member and part of the inspection team. He has promised to push organizers about the cuts.

Tokyo appears to be well-financed. The $5.6 billion privately funded operating budget -- the budget to run the games themselves -- is twice as large as that for the 2016 Olympics in Rio de Janeiro.

Still, the national government, cities and prefectures are chipping in at least $15 billion more to update infrastructure, build venues and get the country ready when the games open. Costs are higher in Japan than Brazil, with the governments still picking up about 70% of the Olympic bill.

Tokyo officials have said operating costs have increased, partly by a decision to use more existing venues. Earlier plans called for constructing new venues, most of which would have been built at government expense.

Coates said Tuesday that $2 billion to $4 billion had already been saved, partly by using existing venues. But doing so has also shifted more costs to local organizers.

"We think there is still more savings to be obtained," Coates said, implying more reductions in certain areas.