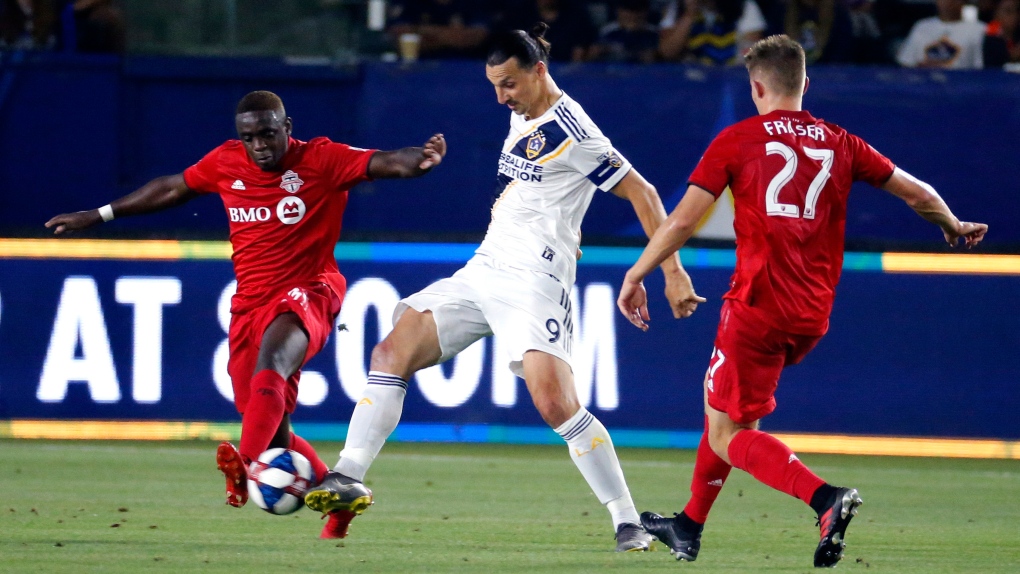 The 17-year-old Alvarez curled in a wide cross that looped over the Toronto FC defence. Ibrahimovic headed it while jumping backward, finishing into the right side of the goal in the 75th minute.

Ibrahimovic made it 2-0 for the Galaxy (11-7-1) with his 13th goal of the season in the 89th minute. He settled Emil Cuello's cross and tapped it past Toronto FC goalkeeper Quentin Westberg. It was Cuello's first professional assist.

Toronto FC (6-8-5) had its best chance in the 52nd minute when Alejandro Pozuelo's shot was tipped over the bar by Galaxy goalkeeper David Bingham.

Bingham had five saves for his seventh clean sheet of the season.