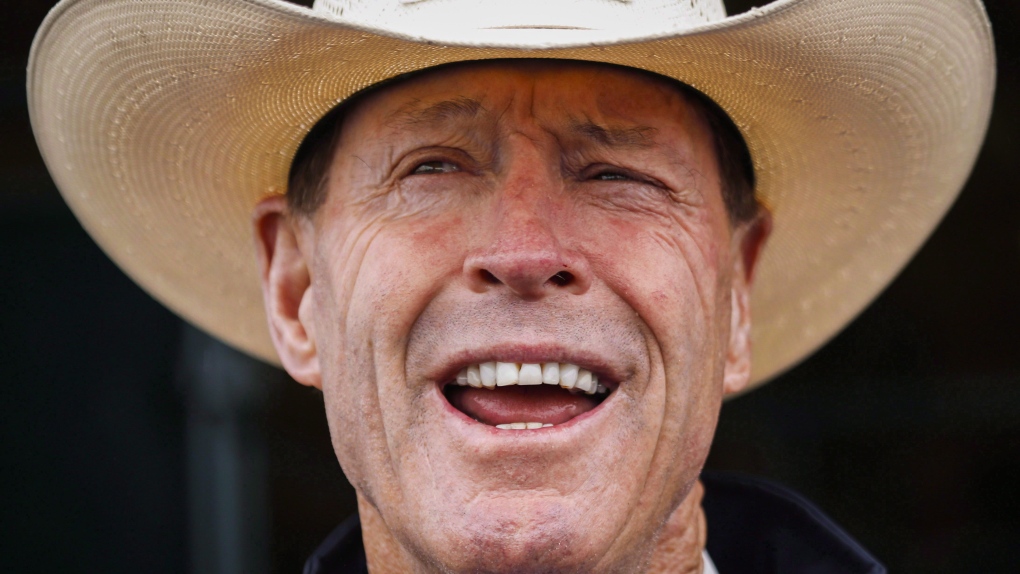 Ian Millar promised his wife Lynn on several occasions that he would retire when show jumping was no longer fun.

Millar kept his promise to his late wife on Wednesday afternoon, ending an illustrious equestrian career that included multiple Pan American Games medals and an Olympic silver medal in 2008. Millar competed in a record 10 Olympics -- the most of any athlete in any sport -- and has left a lasting legacy in Canada's equestrian community.

"It's still fun, but not quite as much fun," said the 72-year-old Millar. "I just felt like the time had come. So many people have helped me for so long, it's time for me to help people.

"I find that very rewarding to do because I'm using the experience and the time that I've had in sport to do other things. There comes a time for all things."

Added Millar with a laugh: "If you stay at the party so long that they turn the lights out, you've stayed too long."

Born in Halifax on Jan. 6, 1947, Millar joined the Canadian equestrian team in 1971. He made his Olympic debut in Munich in 1972, and became the first athlete to compete at 10 Olympics at the 2012 London Games. Millar helped Canada win silver in the team event at the 2008 Beijing Games.

"I've got good Maritime genes on both sides," said Millar on the secret to his long career. "My wife took very good care of me for many years. I tried to stay on good horses, I tried to stay fit and take care of my health. And you've got your luck. I've been so fortunate in many ways."

He rose to fame in a partnership with Big Ben, as they became the first-ever horse and rider combination to win back-to-back World Cup finals in 1988 and 1989. A bronze statue of Millar riding Big Ben was erected in his hometown of Perth, Ont., in 2005.

Millar also captured 10 Pan American medals, including four gold. The latest was a gold medal in the team jumping event at the 2015 Toronto Pan Am Games at the age of 68.

In addition to his international career, Millar has won over 150 grand prix competitions and is a 12-time Canadian show jumping champion.

"It's hard to put into words what Ian Millar means to the sport of show jumping in Canada," said Equestrian Canada director of sport Jon Garner. "Right from the early days of his career, he transcended the sport and quickly became a household name from coast-to-coast. You don't have to be a horse fan to know who Ian Millar is and what he means to Canadian sport."

His children Jonathon (44) and Amy (42) have also represented Canada internationally. Lynn Millar passed away in 2008 after nearly 40 years of marriage to Ian.

Ian Allison first met Millar when Spruce Meadows, Canada's premier equestrian venue located just outside of Calgary, opened in 1976. Allison has been present for many of Millar's biggest triumphs, both domestically and internationally.

"People say that Father Time is undefeated and untied, but Ian Millar certainly tried to dispel that myth," said Allison, who is senior vice-president at Spruce Meadows and serves as an equestrian commentator for CBC. "Ian has got just an incredible intellect and commitment and passion to be better every day, whether it be with any of the countless horses he's ridden in his career to make them better with him or his understanding of the sport."

Although Millar will no longer competing, he plans to stay active as a coach, trainer and mentor.

"I'm not really walking away from it," Millar said. "I've got students in the sport, not to mention my son and daughter. I've got horses to train and horses to ride develop in some of the lower divisions. I still have a lot to do and I hope to contribute."

Montreal's Eric Lamaze, who shared silver with Millar in the team event at the 2008 Beijing Olympics and won individual gold at the same Games, says Millar has shaped his career without even knowing it.

"Through the years I have watched him, without him even realizing I'm watching him, and seen his pure love of the horse and his love of competition," said Lamaze, a native of Montreal. "Even as my career has played out, he has still remained a hero to me. I would never put myself above him under any circumstances.

"It doesn't matter what any other Canadian rider does in the future, his name stands alone as a legend for Canada."