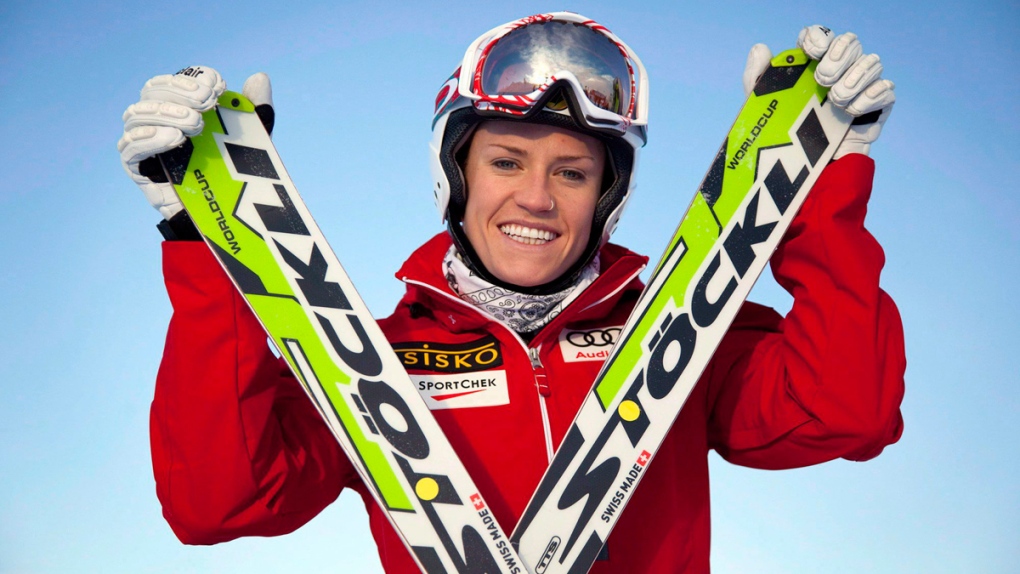 VANCOUVER -- A year ago, Canada's first three-sport Olympian was broken.

Georgia Simmerling had crashed during a ski cross competition weeks before the Pyeongchang Olympics where she was expected to be a medal contender.

Bones snapped in both of her legs. Nearly every ligament in her left knee was torn.

But just 14 months later, the 29-year-old West Vancouver, B.C., native is preparing to race at the top level once again, competing this week at the track cycling world championships in Poland.

The journey back to competition has been a tough one, Simmerling said.

"It was a lot of tears," she said from Cycling Canada's training facility in Milton, Ont. "I was broken for sure. But in the grand scheme of things, I never gave up."

She made her Olympic debut at the Vancouver Games in 2010 as part of Canada's alpine ski team, then switched to freestyle the following year. At the 2014 Winter Games in Sochi, Russia, she competed in ski cross.

Soon after, she decided she wanted to compete in the Summer Games, too.

Simmerling tried rowing first but found she was better suited for track cycling and started training for the team pursuit.

"I definitely get that sense of adrenaline that I got from ski cross," she said of the sport. "I think that competing as a team was something that I really fell in love with."

In 2016, Simmerling was part of the women's team pursuit squad that won Olympic bronze in Rio.

She also made history, becoming the first Canadian to compete in different sports at three separate Olympics.

Still, she wasn't done with skiing just yet. Simmerling went back to training for one last Winter Games and racked up multiple podium appearances on the World Cup circuit.

Then, in January 2018, she crashed during a race in Nakiska, Alta.

Then there was the emotional toll -- simply seeing cyclists riding casually along Vancouver's picturesque streets would make her seethe with anger.

"I was just miserable," she said. "I did not send those happy cyclists any good vibes."

Many tears were shed as Simmerling spoke to her parents and girlfriend Stephanie Labbe -- goalkeeper for Canada's women's soccer team -- on FaceTime.

"I think challenges really test us as human beings, not only as athletes," she said. "I've definitely been tested over my career, for sure, and this last injury was just another test for me. It puts your life into perspective and it puts your job into perspective."

Midway through her recovery, Simmerling announced her retirement from skiing. She had long thought that she'd leave the sport after the Games in South Korea.

"It wasn't a difficult choice because that was always my plan," she said.

Despite the disheartening finish to her skiing career, the dedicated athlete had a persistent, overwhelming urge to get back to track cycling, a sport that she'd left on such a high.

Returning to the velodrome, though, would required gruelling rehab for as much as six hours a day.

She wasn't able to get back on her bike until September and even then, her injuries weren't fully healed.

"She came in, atrophied muscles. She couldn't even really properly take her feet out of the pedals, it was so painful," said Kris Westwood, Cycling Canada's high performance director.

Last month, Simmerling returned to competition for the first time at a World Cup event in New Zealand, and helped Canada to a silver medal in the team pursuit.

"It was just so exciting to be back on the line and to feel that adrenaline in me and perform under pressure," Simmerling said.

Her team -- which also included Allison Beveridge of Calgary, Ariane Bonhomme of Gatineau, Que., and Annie Foreman-Mackey of Kingston, Ont. -- posted a time of four minutes, 15.179 seconds in the first round, less than one second off the national record set at the 2016 Olympics.

Simmerling's "stoic perseverance" has lifted the rest of the Canadian cyclists, said Westwood.

"It's truly incredible and quite inspirational to see her just taking her natural talents and drive and turn her season around like that," he said.

Canada's cyclists aren't at their absolute peak right now but they're still hoping for a medal in the women's team pursuit, Westwood said.

"We know we can do the times to get us on the podium," he said. "We just don't know what everyone else is bringing to the worlds."

They're also hoping for a top-five finish in the men's team pursuit after Aidan Caves of Vancouver, Derek Gee of Ottawa, Adam Jamieson of Barrie, Ont., and Jay Lamoureux of Victoria, B.C., broke a Canadian record and captured silver at a World Cup event in New Zealand last month.

Lauriane Genest of Levis, Que., is also expect to turn in a big performance in the women's sprint and Hugo Barrette of Iles-de-la-Madeleine, Que., has been dubbed a cyclist to watch in the men's sprint.

The Canadians are in a fortunate position where their performance levels are high enough that they don't have to worry too much about whether they'll qualify for the 2020 Olympics in Tokyo, Westwood said. Instead, they can focus on perfecting specific parts of their ride.

While Simmerling is excited to be working towards yet another Olympics, she's also taking time to reflect.

"I'm so happy and grateful for where I am now," she said. "I think it's really a testament to what I've put in, the work that's been required to get here today. It's been a lot of work."