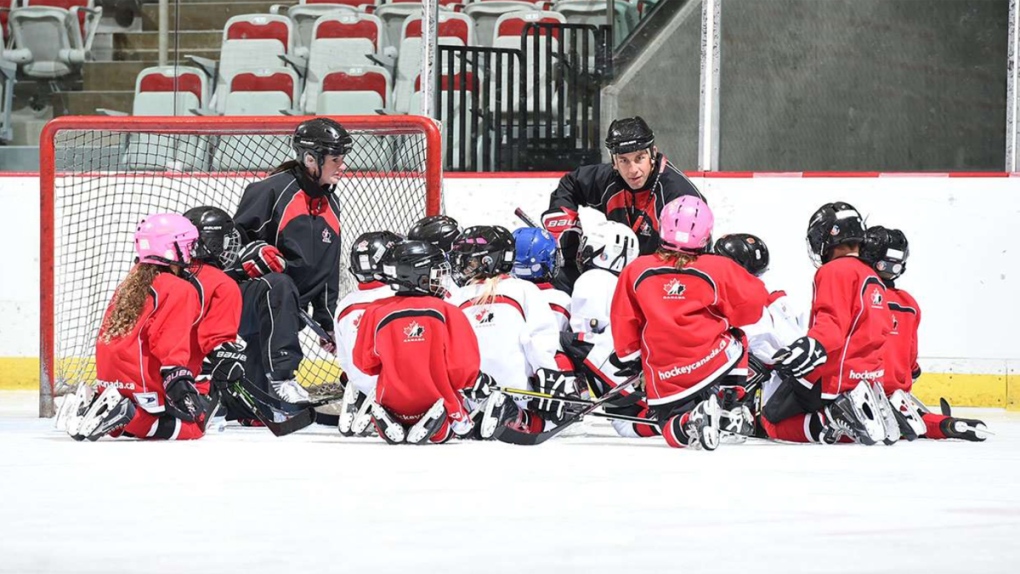 CALGARY -- Hockey Canada is changing its traditional age group names, including "midget," a year after some other sports organizations stopped using the term.

The governing body of hockey in Canada announced Monday that the age categories, that also included novice, peewee, atom and bantam, would be replaced by names descriptive of the ages of the players, from under-7 up to U21. The change, approved at Hockey Canada's winter congress in Montreal, will impact all minor and female hockey programs under the Hockey Canada umbrella.

Some other organizations, including BC Hockey and Athletics Canada, changed their classification names in November, 2018. The changes started when Regina Scott, who has a young son with dwarfism, reached out to the local youth basketball association in Guelph, Ont., after noticing the term "midget" on a banner at a mall.

The term has long been used as youth age category title across several sports. However, the word is considered a derogatory slur.

"We believe everyone should feel welcome in the game and in our on-going effort to make hockey more inclusive, the members at the Hockey Canada annual meeting determined that the names of our age Divisions will change," Michael Brind'Amour, chair of the Hockey Canada board of directors, said in a statement. "Following a comprehensive review, we believe this change will simplify the system for families who may be new to the game. The new age Division names will be implemented for next season."

Hockey Canada said the change will be implemented nationally by the national governing body and its 13 provincial and territorial members for the 2020-21 season.

Beginning in the 2020-21 season, the names of age divisions at every level of minor hockey will be simplified – Novice to U9, Atom to U11, Peewee to U13, and so on.