HALIBURTON, ONT. -- Canada added yet another bronze to its collection at the Tokyo 2020 Olympics on Thursday after rowing pair Caileigh Filmer and Hillary Janssens landed on the podium.

Here’s a look at some of the 2020 Summer Olympic events you may have missed overnight. 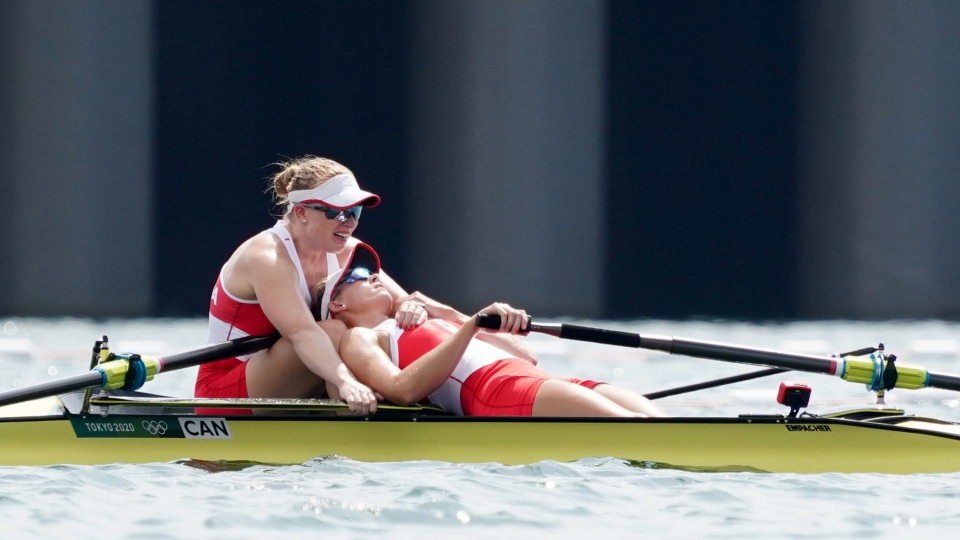 Caileigh Filmer and Hillary Janssens took home Canada's first rowing medal of the Tokyo Games after capturing the bronze in women's pair. Canada established an early lead in the 2,000-metre race and was able to hang on late to capture third place, 0.65 of a second behind the Russian Olympic Committee's Vasilisa Stepanova and Elena Oriabinskaia. New Zealand's Grace Prendergast and Kerri Gowler took home gold in the event. 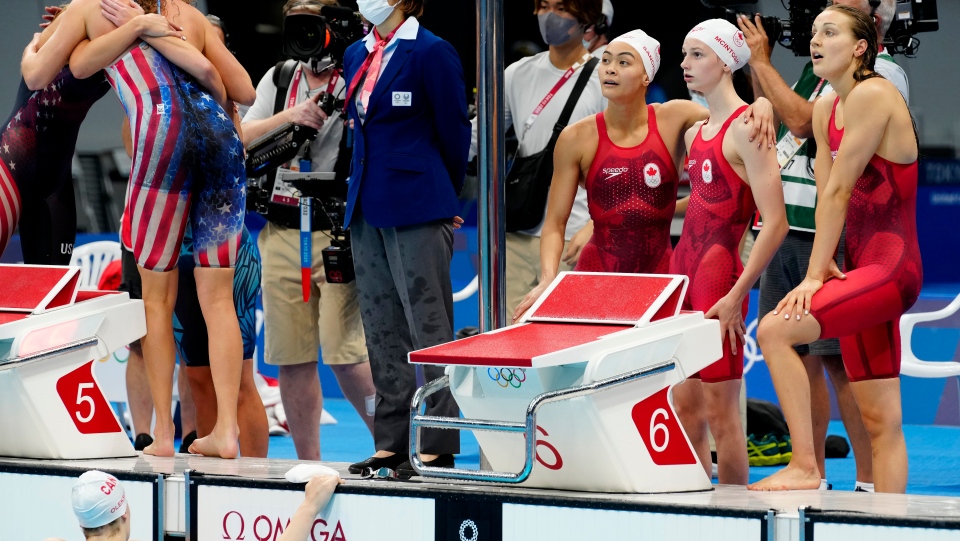 Canada was just shy of reaching the podium in the 4x200m freestyle relay despite setting a Canadian record in the pool event. Penny Oleksiak, Summer McIntosh, Kayla Sanchez and Rebecca Smith finished in fourth at the Tokyo Aquatics Centre, behind China's world-record time of seven minutes 40.33 seconds, the United States in second and Australia third. 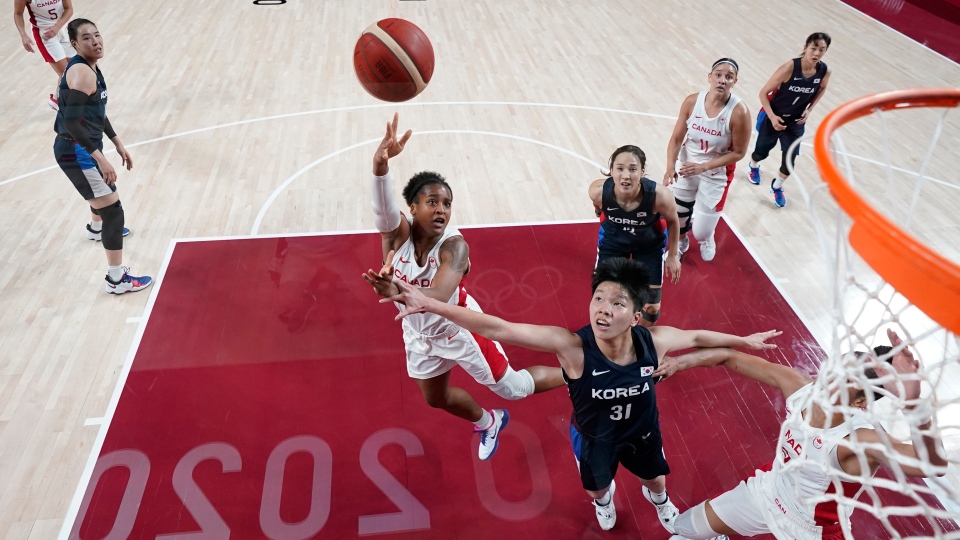 After losing the opening match to Serbia, Canada bounced back in women's basketball Thursday capturing their first win of the tourney, besting Korea with a score of 74-53. Canada will play its final round-robin game on Saturday against Spain. 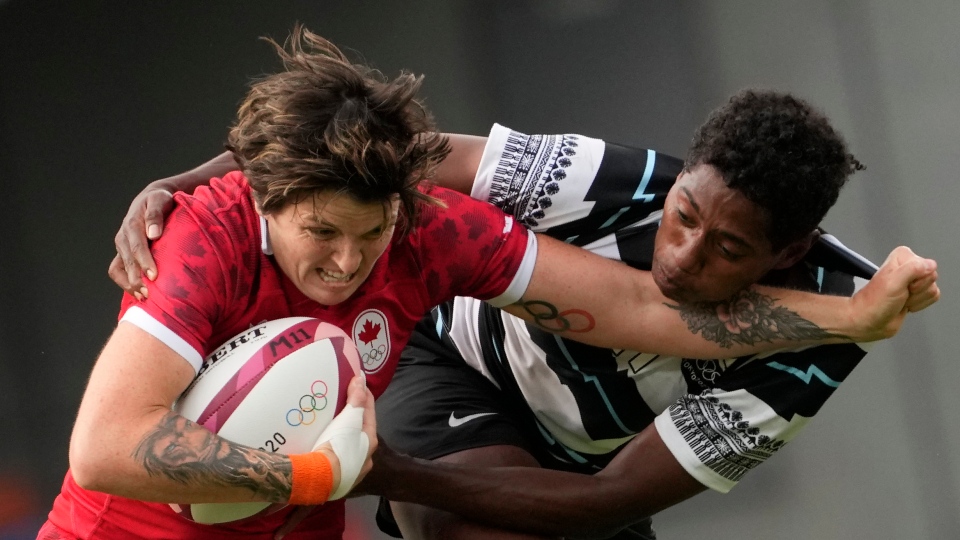 Team Canada split the start of the women's rugby sevens tourney, blanking Brazil 33-0 before dropping the second match of the day to Fiji 26-12. The Canadian women, led by veteran captain Ghislaine Landry, earned a bronze medal in the first Olympic appearance for rugby sevens at the Rio Games in 2016. The women wrap up their group play schedule against an undefeated France on Friday. 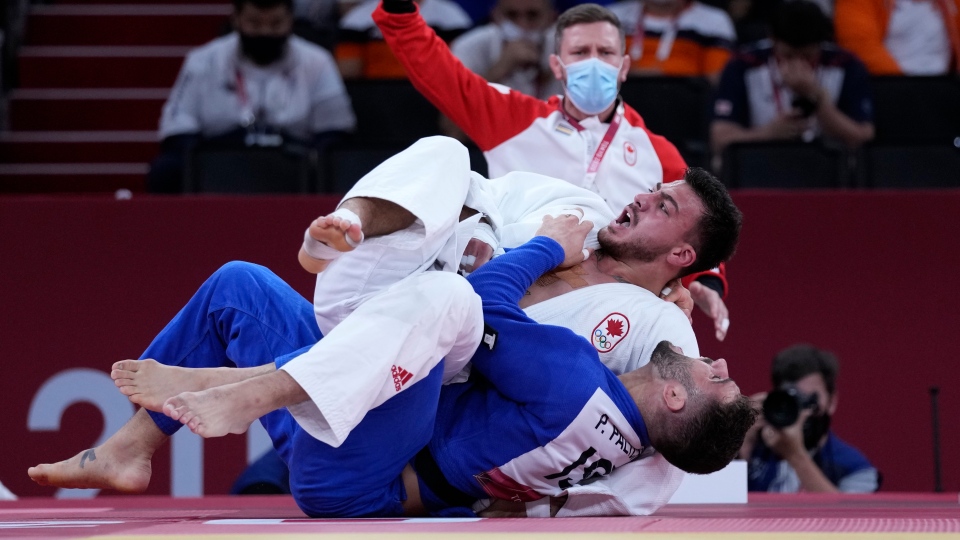 Canadian judoka Shady El-Nahas finished in 5th in the men's 100-kilogram division after losing his repechage bronze medal match against Jorge Fonseca of Portugal. Canada has two bronze medals in judo at this Olympics, coming from Jessica Klimkait in the women's 57-kilogram and from Catherine Beauchemin-Pinard in the 63-kilogram.