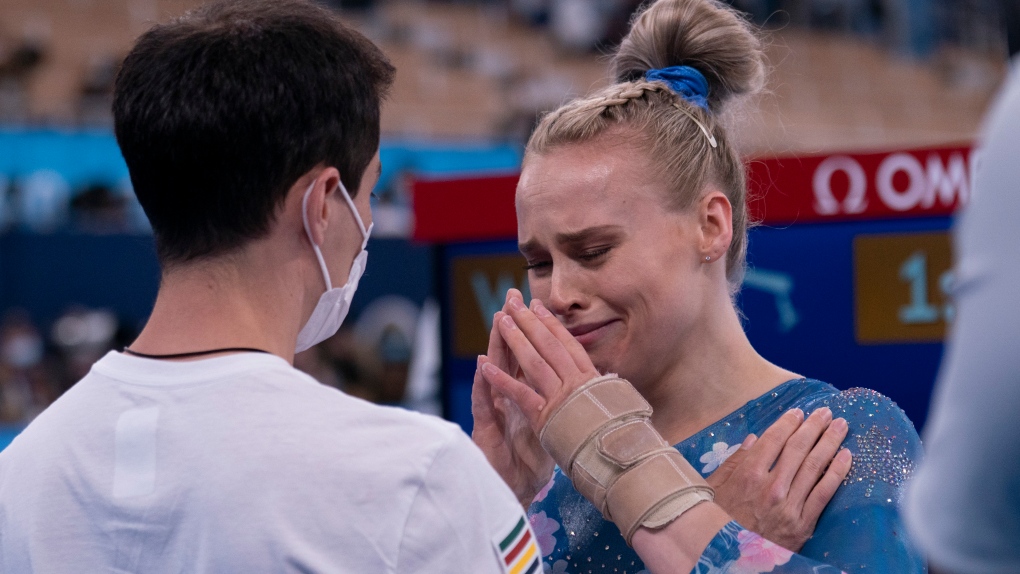 Canadian gymnast Ellie Black speaks with her coach David Kikuchi after competing in the balance beam final at the 2020 Tokyo Olympics, August 3, 2021 in Japan. THE CANADIAN PRESS/Adrian Wyld

HALIBURTON, ONT. -- Canada couldn't add to its medal haul overnight, missing the podium on day 11 of the Tokyo Olympics in Japan. 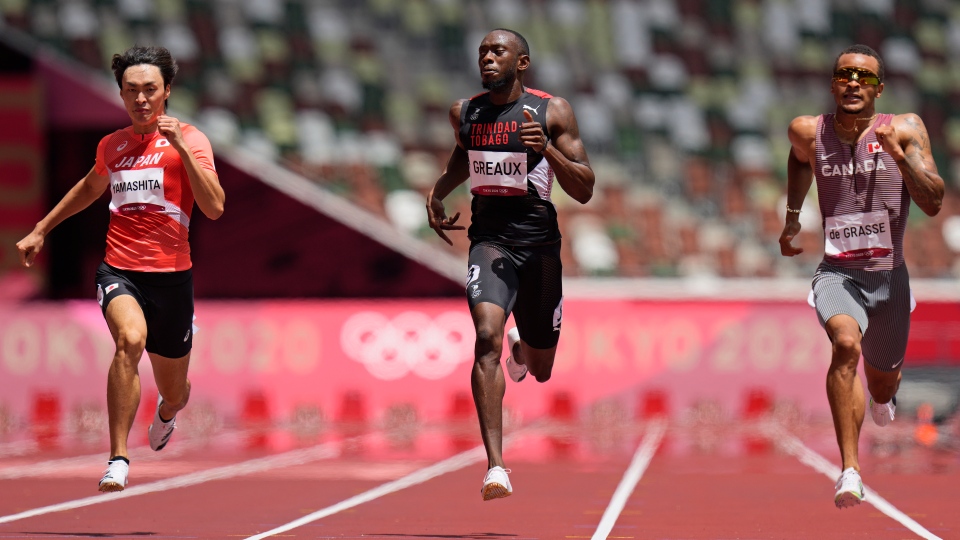 Canada's Ellie Black finished fourth in the beam finals on Tuesday with a score of 13.866, China took home the gold and silver while U.S. gymnast Simone Biles returned to Olympic competition to claim the bronze. 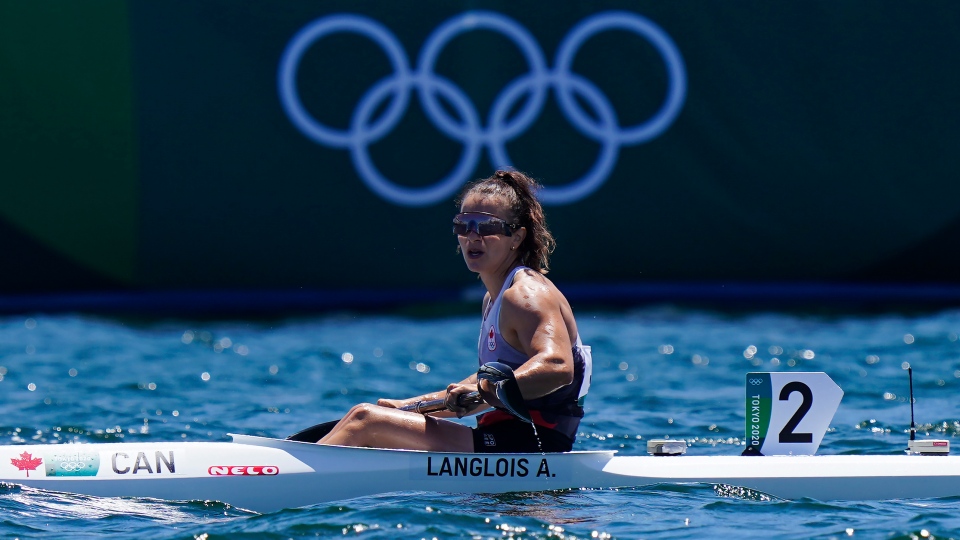 Team Canada didn't have much success on the water, finishing well off the podium in canoe/kayak events. Quebec's Andreanne Langlois finished ninth in the women's kayak single 200-metre, crossing the finish line 40.473 seconds, more than a second off podium position. New Zealand's Lisa Carrington took gold while Spain's Teresa Portela Rivas claimed silver and Denmark's Emma Jorgensen won bronze. Fellow Canadian Michelle Russell finished fourth in the B final in 40.527 seconds. On the men's side, Roland Varga and Connor Fitzpatrick finished sixth in the men's canoe double 1000-metre, in a time of 3:30.157. Canada is out in the men's volleyball tournament after falling to Russia in the quarterfinals 3-0. The men suffered back-to-back losses to start the tournament before bouncing back with wins against Iran and Venezuela and a final-match loss to Poland.