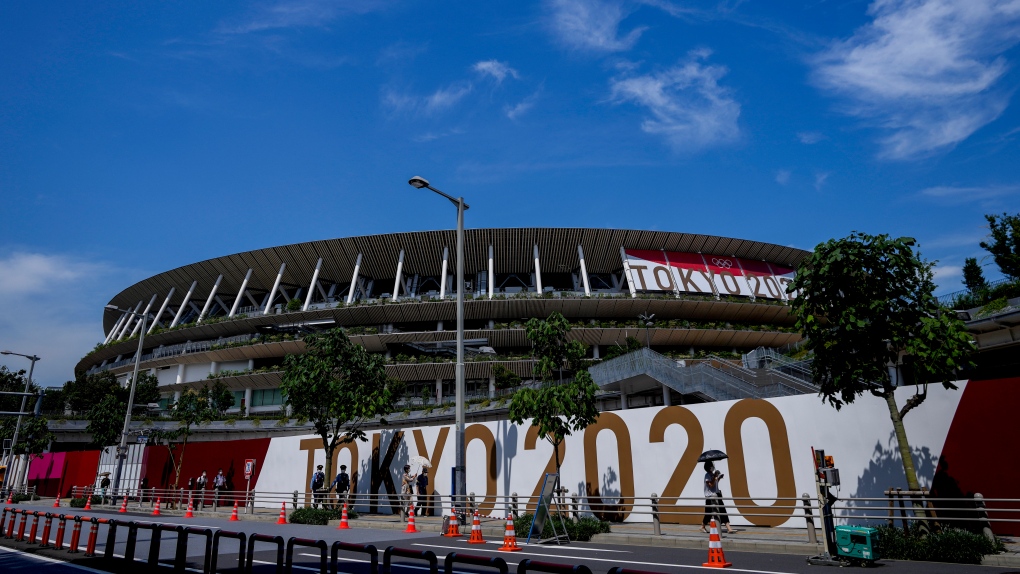 The 2020 Olympics officially get underway Friday night local time (Friday morning in Canada) when the competing nations march in the opening ceremony at Tokyo's Olympic Stadium.

Here are five things to watch for:

Women's basketball player Miranda Ayim and men's rugby sevens player Nathan Hirayama will be Canada's flag-bearers at a muted opening ceremony. It will be the first time an athlete from a team sport leads Canadian athletes into a Summer Games. Few will be on hand to see it live, as fans are not permitted into Olympic venues due to a state of emergency in Tokyo that will last the duration of the Games. Athletes aren't allowed into the village until five days before they compete, so fewer Canadian athletes will be available to march with Ayim and Hirayama.

Archery gets underway on Friday with the men's and women's "ranking rounds," which determines seeding for the subsequent rounds. Stephanie Barrett of Mississauga, Ont., is the lone Canadian on the women's side, while Crispin Duenas of Toronto is the only male Canadian. Duenas, 35, is competing in his fourth Olympics, but it's the first for Barrett, 42, who only picked up the sport in 2016.

The first rowing heats begin with men's and women's single sculls, double sculls and quadruple sculls. Six Canadian rowers are in action, including Carling Zeeman of Cambridge, Ont. (women's single sculls) and Trevor Jones of Lakefield, Ont. (men's single sculls). Rowing is fully gender equal at the Games this year, with identical events for men and women. A total of 29 Canadian rowers are taking part in the 14 rowing events throughout the Olympics. No medals are being awarded before July 27. The rowing venue is the Sea Forest Waterway on Tokyo Bay.

Tokyo's Equestrian Park will be the site of all equestrian activities at the Games, beginning with inspections of the horses ahead of the dressage events. Sixty horses are included in the initial qualifying portion of the competition. The Canadians taking part are all first-time Olympians: Brittany Fraser-Beaulieu of St-Bruno, Que., Toronto's Lindsay Kellock and Chris von Martels of Ridgetown, Ont. The other equestrian disciplines are eventing and jumping.

This report by The Canadian Press was first published July 21, 2021.