Hall finds a new home, but most teams opt for depth on NHL trade deadline day 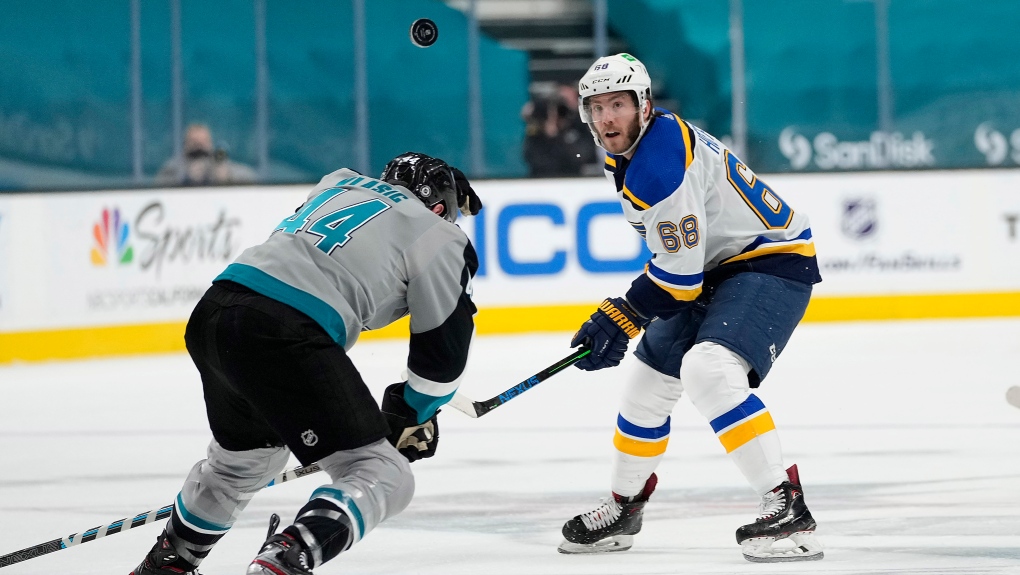 General managers worked into the wee hours ahead of the NHL's trade deadline.

Deals started flying left and right -- six in all -- after 6 p.m. ET on Sunday, and didn't stop until well after midnight.

The teams involved in that flurry of activity were no doubt pleased with the results, but it certainly made for a quiet Monday.

The NHL's pandemic deadline day largely featured depth moves as teams manoeuvred around a variety of challenges unique to 2021, including a flat salary cap, a condensed schedule, drastically reduced revenues, quarantines and an expansion draft looming just over the horizon.

"It seemed like a lot of the top teams this year that think they have a chance to win their divisions were adding players," Vancouver Canucks GM Jim Benning said. "What we've seen in past years is teams that were playing for playoff spots were trying to add, too, for that push to make the playoffs. I don't think we've necessarily seen that this year.

There was, however, a flurry of activity before Monday's trade trickle.

The Toronto Maple Leafs acquired veteran winger Nick Foligno from the Columbus Blue Jackets in a three-team swap to get things going Sunday evening before the Boston Bruins wrapped up the deluge by announcing they'd secured the services of 2018 Hart Trophy winner Taylor Hall in a deal with the Buffalo Sabres.

In between, the Bruins also got defenceman Mike Reilly from the Ottawa Senators, the Leafs nabbed goaltender David Rittich from the Calgary Flames, Ottawa shipped blue-liner Braydon Coburn to the New York Islanders, and the Pittsburgh Penguins added centre and two-time Stanley Cup champion Jeff Carter from the Los Angeles Kings.

The trade for Hall, who was dealt along with winger Curtis Lazar to Boston for forward Anders Bjork and a 2021 second-round pick, was officially announced at 8 a.m. ET, but widely reported late Sunday and early Monday. Viewed as the top rental asset on the market, the Sabres agreed to retain half of Hall's remaining one-year, US$8 million salary.

The Leafs, Winnipeg Jets, Edmonton Oilers and Montreal Canadiens, who all sit comfortably in playoff positions in the Canadian-based North Division, then secured depth moves later in the day with an eye toward shoring up their rosters with the knowledge any player acquired from a U.S.-based club would have to quarantine seven days.

After making the biggest splash among teams from Canada by acquiring Foligno and centre Riley Nash from Columbus in separate deals, and Rittich from Calgary in the days before the deadline, the Leafs added defenceman Ben Hutton from the Anaheim Ducks for a 2022 fifth-round pick.

"I felt that the group of players and coaches had deserved every effort on our end, on management, to bolster the team and try to give us as great a chance as possible down the stretch in our division and into the playoffs," Leafs GM Kyle Dubas said. "We were excited to, we believe, add the pieces that will continue to enhance our ability to be as competitive as possible."

Dubas didn't want to make any grand declarations about why the trade market seemed slower Monday, but pointed to the Seattle Karken expansion draft this summer and the salary cap remaining at $81.5 million for the foreseeable future due to the COVID-19 pandemic as variables.

"And the fact that maybe if you're maybe a little bit out of the playoffs or you're not in the position you want to be in, you probably look ahead and see games against those teams on your schedule and think if you can win those games you'll improve your lot," Dubas said. "All those things combine to maybe reduce the amount of activity."

TSN and Sportsnet did their best to fill the hours of wall-to-wall coverage with various panels, but the lack of big news saw both television networks lean heavily on the personalities in front of the cameras.

In desperate need of blue-line help, the Jets snagged defenceman Jordie Benn from Vancouver for a 2021 sixth-round selection.

"The asking prices, obviously they ebb and flow from year to year and that's what the market is," Winnipeg GM Kevin Cheveldayoff said. "You take your swings and you go from there."

The Oilers got blue-liner Dmitry Kulikov from the New Jersey Devils for a conditional 2022 fourth rounder, while the Canadiens acquired defenceman Erik Gustafsson from Philadelphia for a 2022 seventh-round pick, with the Flyers retaining 50 per cent of his contract.

Edmonton GM Ken Holland said spending future assets at last year's deadline before the season was derailed by the pandemic played into his 2021 thinking.

"When you make decisions in life, they're going to affect future decisions," he said. "I certainly made some decisions that affect my decisions going forward."

The Canucks shipped Adam Gaudette -- the first Vancouver player to test positive for COVID-19 as part of an outbreak that tore through the locker room in recent weeks -- to the Chicago Blackhawks for fellow forward Matthew Highmore.

Benning also acquired defenceman Madison Bowey and a 2021 fifth rounder from the Blackhawks for a fourth in the same draft, while Calgary dealt centre Sam Bennett -- the fourth pick in 2014 -- and a 2022 sixth-round selection to the Florida Panthers for prospect Emil Heineman and a second in 2022.

"If you pay the toll to get the player here, then you've got to go to Seattle and pay the toll again," he said. "At the end of the day you're going to lose a player. You can't get around it.

"We felt this made sense on a couple of different levels other than just the return we got."

Ottawa sent third defenceman packing in less than 24 hours by dealing Erik Gudbranson to the Nashville Predators for minor-leaguer Brandon Fortunato and a 2023 seventh-round pick.

A number of contenders, including the Leafs, made their big moves in the week leading up to the deadline.

The Tampa Bay Lightning got defenceman David Savard from Columbus on Saturday, while the Islanders secured the services of forwards Kyle Palmieri and Travis Zajac from the Devils on Wednesday.

In other notable moves made on this glacial deadline day, the Detroit Red Wings traded forward Anthony Mantha to Washington for Jakub Vrana, Richard Panik a 2021 first-round pick and second rounder in 2022, while the Capitals also got forward Michael Raffl from the Flyers for a fifth rounder.

And the NHL-topping Colorado Avalanche reacquired centre Carl Soderberg from the Blackhawks for the rights to unsigned prospect Ryder Rolston and forward Josh Dickinson.

"You look at what's available in front of you, what fits and you make those moves accordingly," Cheveldayoff said. "We looked at a few things and tried to do a few other things that might have been some big swings.

"But the players that we targeted didn't move."