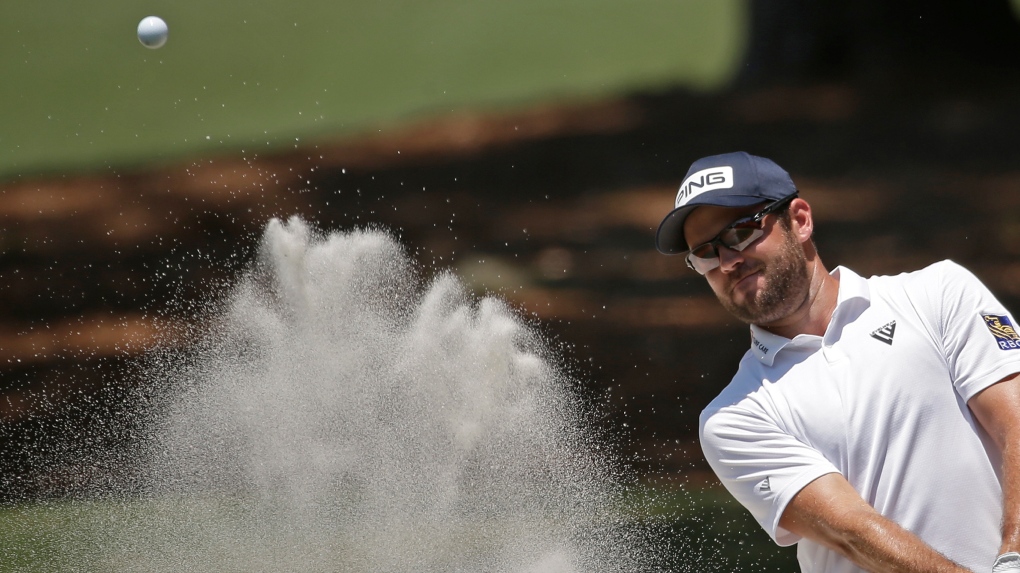 Corey Conners of Canada hits out of the sand on the first hole during the final round of the RBC Heritage golf tournament, Sunday, June 21, 2020, in Hilton Head Island, S.C. (AP Photo/Gerry Broome)

Adam Hadwin of Abbotsford, B.C., Corey Conners of Listowel, Ont., and Mackenzie Hughes of Dundas, Ont., will tee off at the major at 8:49 a.m. ET on Thursday.

Taylor Pendrith of Richmond Hill, Ont., the only other Canadian in the field, starts at 12:10 p.m. on Thursday with American Richy Werenski and Italy's Renato Paratore.

The four Canadians were scheduled to play a practice round together on Tuesday at Winged Foot Golf Club.

Hughes (56th in the world golf rankings), Hadwin (64th) and Conners (69th) are the top Canadians in the rankings.

Pendrith is fifth among Canadians at 157th. He qualified for the U.S. Open by virtue of his top-five ranking on the Korn Ferry Tour, the feeder circuit for the PGA Tour.

Mike Weir's 2003 Masters win is the only victory at a major for a Canadian male golfer.

This report by The Canadian Press was first published Sept. 15, 2020.