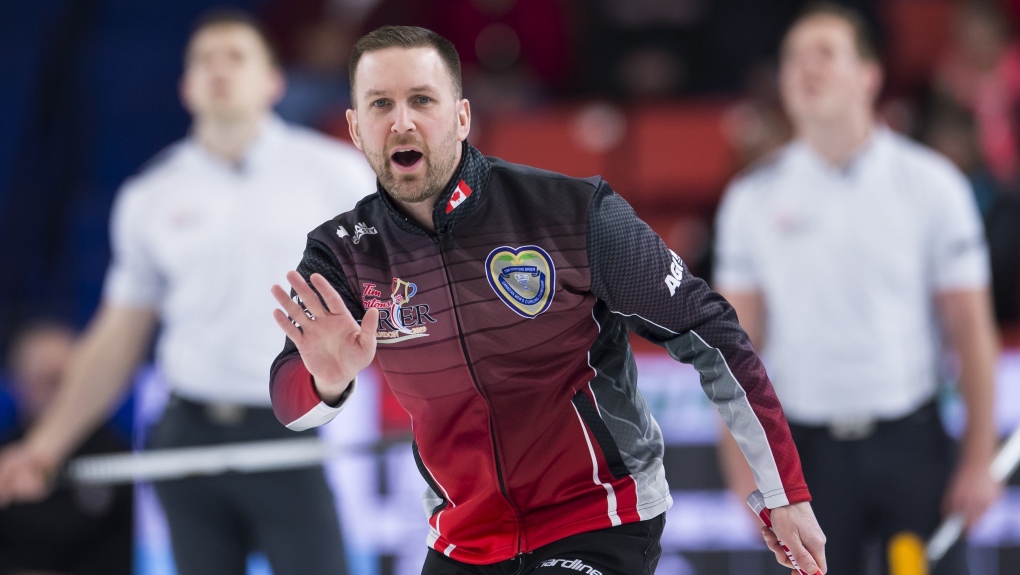 Team Canada skip Brad Gushue calls his shot during the Page Playoff 3 vs 4 draw against team wild-card at the Brier in Brandon, Man., on March, 9, 2019. THE CANADIAN PRESS/Jonathan Hayward

YORKTON, SASK. -- Plenty of teams booked their spots in the playoffs at the Canadian Open on Thursday.

Gushue topped Calgary's Kevin Koe 8-6, while Jacobs defeated Korey Dropkin of the United States 5-3 in the A-finals during Draw 7 at the Gallagher Centre.

In his second chance of the day to advance, Dropkin booked his place in the playoffs with a 7-4 victory over Switzerland's Peter de Cruz in a B-qualifier during Draw 9 on Thursday night.

During that same evening session, Glenn Howard of Penetanguishene, Ont., staved off elimination thanks to his 4-1 victory over Sweden's Niklas Edin.

In the women's division, Kerri Einarson of Gimli, Man., and American Nina Ross punched their tickets to the quarter-finals on Saturday.

During Draw 8 on Thursday, Einarson scored three in the eighth end to defeat Scotland's Eve Muirhead 6-5. While, Roth scored in an extra end to secure a 6-5 victory over Sweden's Anna Hasselborg.

Both Einarson and Roth completed 3-0 runs through the triple knockout stage.

The Canadian Open has a unique structure with triple knockout format for preliminary play.

Teams must win three games before losing three games in order to qualify for the weekend playoffs. Each loss drops teams to a lower bracket until they are eliminated.