Goalies, defence among points of focus for Team Canada 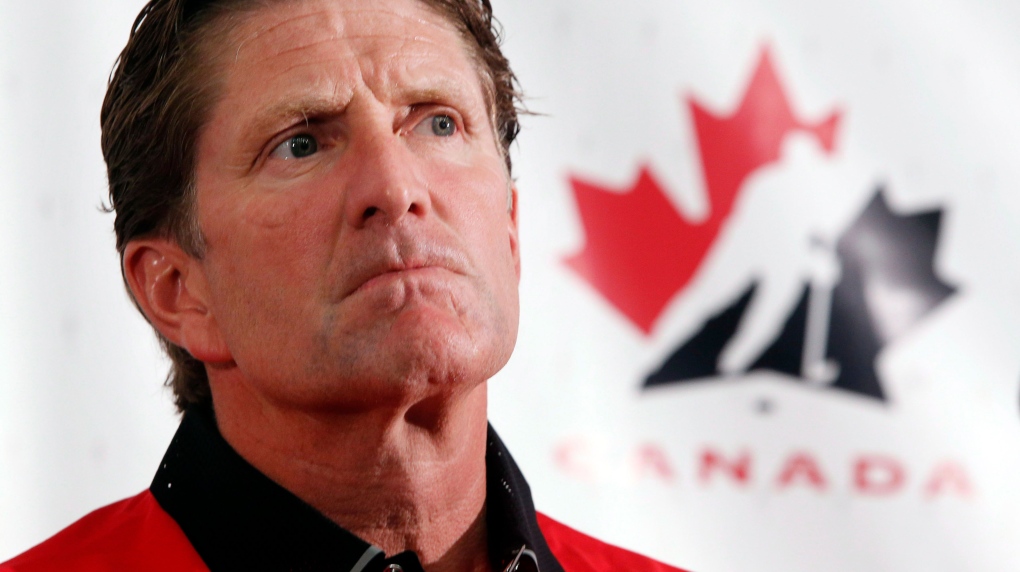 TORONTO -- Mike Babcock had just three days to prepare his team for its first game at the 2014 Sochi Olympics. Team Canada's head coach won't be so pressed for time ahead of the World Cup of Hockey.

Training camp begins in Ottawa on Monday with the tournament starting almost two weeks later in Toronto on Sept. 17. That leaves plenty of opportunity for Babcock and his staff to evaluate starting goalie Carey Price, rejig a defence that will be without injured veteran Duncan Keith and craft line combinations from a wealth of talent.

"We're excited about the mix of our group and I know as a management staff and coaching staff we're excited to get to Ottawa and get up and running and I'm sure the players share that same excitement," Canada general manager Doug Armstrong said in an interview.

Price, the 2015 Vezina Trophy winner, is among the biggest question marks heading into camp.

While the 29-year-old is said to be at full strength following a knee injury that caused him to miss most of last season, it's not known how he sharp be after nearly 10 months without game action. How quickly can he regain top form? And how long can Babcock and the Canadians wait to make that determination in a two-week tournament?

"Certainly, we understand he hasn't played in a competitive game for a long time," Armstrong said. "But a lot of guys obviously, if you missed the playoffs or didn't go to the (world championships), you've been off four or five months, too. He's going to get in there in training camp and face lots of shots. We'll get him in some game action as soon as possible and just try and get him up and running before Game 1.

"I think that after the exhibition games he'll be ready to go."

Canada plays three exhibition games, including back-to-back nights against the U.S. Babcock said recently that he won't play any of his three goaltenders both nights, making it conceivable that Price starts the exhibition opener on Sept. 9 and the pre-tournament finale against Russia on Sept. 14.

Just how much game action the B.C. native gets and needs after such a long layoff is uncertain. Canada also must ensure that its alternatives, Corey Crawford and Braden Holtby, are ready to go in the event that Price isn't at his best.

Beyond Price are new concerns about the back end after Keith pulled out with a lingering right knee injury. The 33-year-old teamed with Shea Weber on Canada's top pair in Sochi, logging more than 22 minutes per game as a do-everything sort for Babcock.

His absence is significant and poses some difficult choices.

Canada, which allowed only three goals in Russia, appeared intent on recreating its top lines of defence from that tournament with Drew Doughty and Marc-Edouard Vlasic slotting in behind Keith and Weber. Those plans may be scrapped entirely without Keith.

Babcock could slot the dependable Vlasic with Weber and shift Jake Muzzin into a spot alongside Doughty, his Los Angeles Kings teammate and one-time defensive partner. Babcock could also keep Vlasic with Doughty and pair Muzzin with Weber.

"We'll work it all out as exhibition goes on," he said on a recent Hockey Canada conference call.

The Canadian coach must work it all out up front, too.

Six forwards who weren't with the team in Sochi join the group, including marquee pieces like Steven Stamkos and Tyler Seguin.

Who fits where and with who is always a fascinating debate.

Which players line up to the left and right of No. 1 centre Sidney Crosby? Perhaps Stamkos, who might've been there in 2014 were it not for injury. Who might Seguin play alongside now that his Stars running mate Jamie Benn is out with injury? Who lines up with Jonathan Toews, Canada's most utilized and perhaps important forward at the last two Olympics?

The Canadians are rife with natural centres (only Brad Marchand is a legitimate winger). Which one fills the fourth hole beyond Crosby, Toews and Ryan Getzlaf?

Training camp, which includes six practices as well as the exhibition slate, will help answer these questions.

"That's going to be the benefit of getting in there and getting on the ice Sept. 5th, the full 10 or 12 days prior to the tournament," Armstrong said.